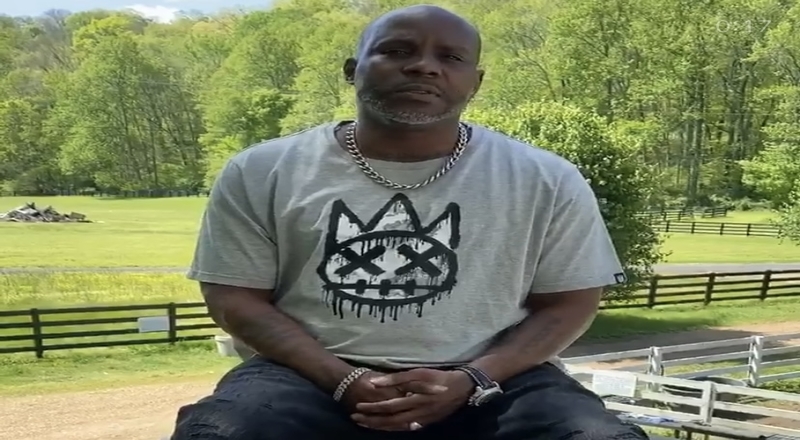 Since Friday night, DMX has been hospitalized after suffering a heart attack caused by an apparent drug overdose. He has since been in a “vegetative state” with some brain activity. There were some reports that DMX didn’t need to be on life support due to him being able to breathe on his own but his attorney revealed that he was given wrong information.

According, to TMZ, DMX’s family will be holding a prayer vigil at the hospital he’s located at in White Plains, NY tonight. This will take place at 5PM ET outside. Hospital staff members have since already held their own vigil for DMX. His fiancee and mother have since came to visit him.

Some of his children are also expected to arrive at the hospital. TMZ also reported that the prognosis said that things aren’t looking good. Despite this, DMX’s family is remaining hopeful that in the end, will pull through and overcome this life-threatening situation.

Fans have since been showing love to DMX by posting their favorite songs and moments. One moment in particular that was discussed was him performing in front of a massive crowd at Woodstock back in 1999.

More in Hip Hop News
Kodak Black and Security Guard Reportedly Shot at in Parking Lot of McDonald’s in Tallahassee; Security Guard Was Hit and is Currently in Stable Condition
Lil Nas X Scores Second Number One Single on Billboard Hot 100 Chart of His Career With “Montero (Call Me By Your Name)”