Home » Hip Hop News » Jungle, DMX’s friend, gets blasted by Twitter for crashing the funeral, as people agree with the pastor, who says he disrespected X and the church; No, this isn’t Nas’ brother #RIPDMX #DMXFuneral 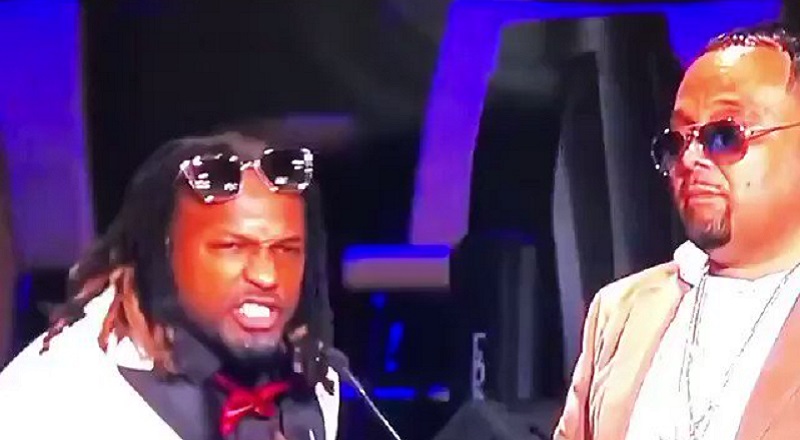 Hearts are heavy, as the hip hop world mourns DMX. Over the past twenty-three years, the world watched X bare his soul for the world to see. In his music, X openly cried out for help, literally crying on his songs.

A torn soul, DMX is finally at rest, serving in his later years, as a deacon, at his church. This church would host his funeral, this afternoon. During the funeral, there was one tense moment.

A man named Jungle claimed to be DMX’s friend, so he crashed the pulpit. He gave a speech, and when the pastor called him out, he complained about being left off the program. On Twitter, the people were not with it, blasting Jungle for doing this, and no, he’s not Nas’ brother.

Read the tweets about Jungle below:

More in Hip Hop News
Faith Evans is being dragged by Twitter, after her performance at DMX’s funeral, as fans said she looked “high AF,” and she should have sat this one out #RIPDMX #DMXFuneral [VIDEO]
Kenya Moore vs. Drew Sidora (FULL ARGUMENT) #RHOA #RHOAReunion [VIDEO]