Home » Hip Hop News » Do My Ladies Run This ?! Spotify Unveils The Top 20 Women Dominating The Charts In Celebration Of International Women’s Day! 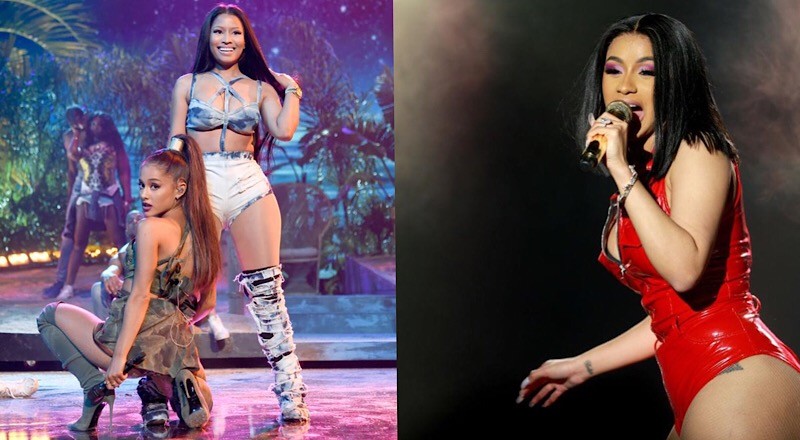 In celebration of International Women’s Day, it’s only right to acknowledge the females who are dominating the music scene. In the words of Rah Digga, Eve, and Sonja Blade, “Do my ladies run this motherf*ker… HELL YEAH!”

Today, Spotify has revealed the female-centric streaming numbers, stretching from January to March 1st to highlight the twenty most popular female artists on both a national and global level spotlighting the current musical climate.

To no surprise, Ariana Grande is holding down the top spot in both categories following her rise to chart and headline dominance with the release of her “Thank U, Next” album. To help put things in perspective, Grande has 56 million monthly listeners, while Drake has a little over 42 million, and Eminem with a little over 29 million. Rounding up the top five, next up is Billie Eilish, Halsey, Cardi B, and Taylor Swift. Despite having more monthly listeners than Billie and Swift, and nearly surpassing Cardi’s impressive 33 million, Nicki Minaj sits at number six. The fact that Nicki’s last major release (excluding “Dumb Blonde”) came with last August’s Queen, her placement speaks as a legacy act.

Take a look at the full list below, which serves as a measuring instrument of today’s most popular leading ladies. Given their relative youth in the game, Halsey, Cardi, and Eilish appear to be hitting their stride. There’s also a big look for Kehlani, who sits comfortably inside the top ten, at least in the U.S. The worldwide numbers paint a slightly different picture, though the key players largely remain the same.

Happy International Women’s Day, and be sure to show some respect to the ladies in your life!

Take a listen to Spotify’s ‘Women Of Hip Hop’ playlist below.

More in Hip Hop News
Young Buck Took A Trip Down Memory Lane For #ThrowbackThursday With A Photo Of Him and Chris Brown AKA ‘C Sizzle’
Quavo reveals he bought a pet tiger and Saweetie asks if it’s “our new baby” and Quavo hints that the couple might have a real baby, on the way [PHOTO + VIDEO]