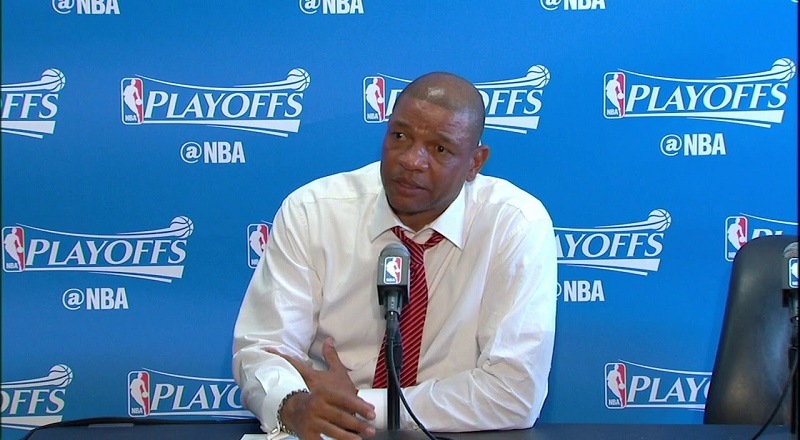 When the Los Angeles Clippers added Doc Rivers as their head coach and head of basketball operations, many saw a major shift. Instead, it was a big name and the same old Clippers. A few years ago, the Clippers looked like the team of the future.

Instead, the Golden State Warriors became that team, but NBA fans have come to count on the Clippers closing each season on a big win streak. But, in the playoffs, they lose in the first or second round like clockwork. The team is going into the offseason with a lot of questions.

Doc Rivers spoke with the press following the Clippers’ Game 7 loss to the Utah Jazz. During the interview, the media questioned Doc Rivers about how and why his team fell apart. First and foremost, he gave Quinn Snyder props for coaching the Jazz to win the series and said the loss was on them, despite Chris Paul playing hurt, and Blake Griffin going down.