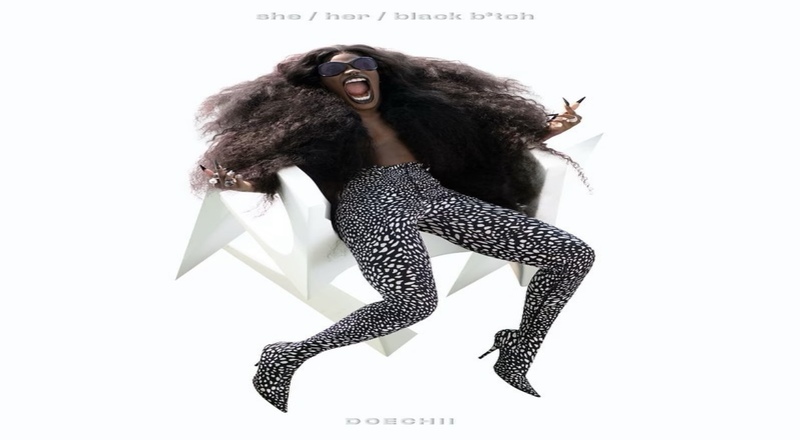 2022 has been a very solid year for Doechii, who is another star at Top Dawg Entertainment. The Tampa rapper has been going viral for hits this year, such as “Crazy,” “Persuasive,” and “B*tch I’m Nice.” She also appeared on XXL’s 2022 Freshman cover. Over a week ago, Doechii also released the remix to Persuasive, which featured TDE label mate, SZA.

Now, Doechii’s is preparing to release her first project, of 2022. She took to Instagram on Monday, to confirm that an EP will be out on August 5. This project will be titled “She/Her/Black B*tch,” as the cover art was also unveiled. This displays Doechii jumping in the air in a black and white outfit, along with black sunglasses to go along with it. The tracklist for She/Her/Black B*tch hasn’t been unveiled yet, but that will likely arrive the night before its release.

Doechii has also been getting a lot more mainstream recognition, for her music. Her “Crazy” single was played in the latest episode of “P-Valley,” last weekend. Her “Persuasive” single also appeared on former President Barack Obama’s Summer 2022 Playlist.

Check out a closer look at Doechii’s “She/Her/Black B*tch” EP cover art, below.

Continue Reading
You may also like...
Related Topics:doechii, featured