Home » Hip Hop News » Doja Cat Says She Lost Sense of Taste and Had Fever For Two Days When She Had COVID-19; Still Isn’t Scared of The Virus 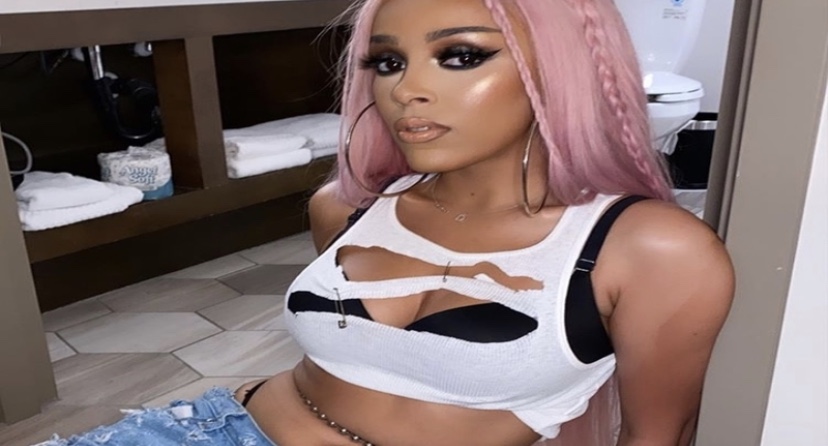 Last weekend, Doja Cat revealed to Capital XTRA that she had the coronavirus after initially downplaying the severity of this virus at the start of the pandemic. She said on Instagram:

“B*tch, I’m not scared of a coronavirus or the beer version of that s*it. I’m gonna get corona and then I’mma get a corona because I don’t give a f*ck about corona, b*tch.”

Early Wednesday morning, Doja interacted with fans on Twitter and revealed some of her symptoms. She said she lost her sense of taste, her legs hurt, and had a fever for two days. No respiratory problems were there, though. The “Say So” singer added that she believes she contracted the virus due to not being scared of it.

Hopefully, Doja was actually wearing a mask and isn’t like Donald Trump’s people who thinks the Rona is a hoax. Her 2020 has been very unusual though as she had a No. 1 song with her “Say So” remix featuring Nicki Minaj and was also getting canceled on social media for allegedly being in chat rooms with MAGA people and how she also had a 2015 song called “Dindu Nuffin” which is a term that originally mocked police brutality victims. She explained that she tried to reclaim the word but failed.

Check out her tweets below of her discussing when she had this virus.

Continue Reading
You may also like...
Related Topics:COVID-19, doja cat

More in Hip Hop News
John Price, owner of DJ’s Cafe, in Springfield, Illinois, says “f*ck George Floyd,” calls him a “f*cking criminal, a f*cking thug, and a piece of sh*t from the get go” and calls people who support his memory “a piece of sh*t from the get go,” who can “all suck a bag of d*cks” if they believe a pause in a pro sports game for his life is worth it; Business’s Facebook page has disappeared [PHOTO]
Meek Mill Rumored To Have Another Baby on The Way After Breaking Up With Milan Harris; Just Had a Baby With Harris in May