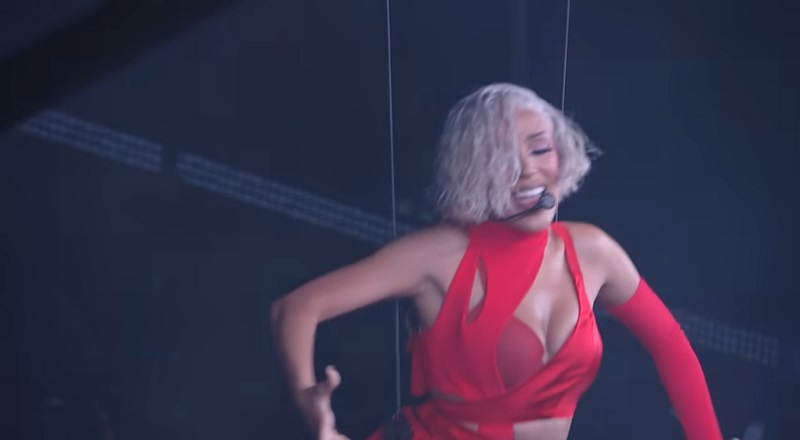 In 2018, Doja Cat emerged on the scene, and quickly became a major force. She dropped “Juicy,” featuring Tyga, and didn’t look back. Since then, she has released hits with the likes of SZA, among others.

Doja Cat actually hosted the 2021 VMAs and she had an epic performance. The show did well and showed just how large her fan base is. A month after the show, she is statistically the game’s most-popular rapper.

Over the past decade, Drake has owned the rap game. On Spotify, he has been the most-streamed monthly artist. But, Doja Cat took this spot, edging Drake out, with 63.6 million, to Drizzy’s 63.3 million monthly listeners.

More in Hip Hop News
Uncle Luke asks if women have the right to choose, with their bodies, why can’t Kyrie Irving, in response to his refusal to get the vaccine
Tiwa Savage talks “Water & Garri” EP, Brandy, and embarrassing herself in front of Nas, on Hot 97 [VIDEO]