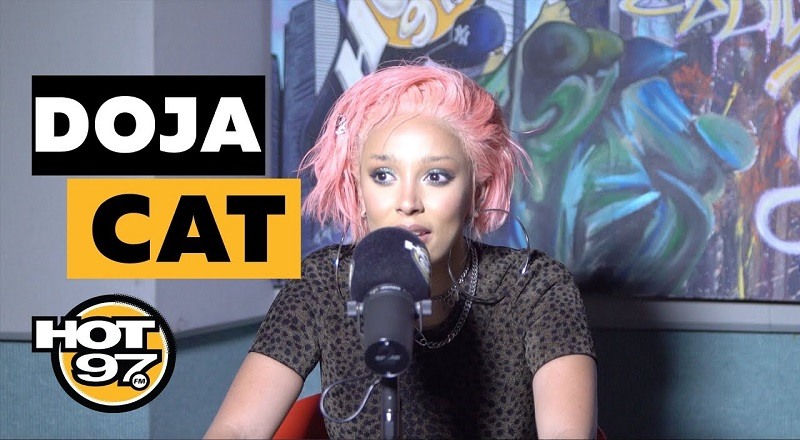 In more ways than one, Doja Cat is one of the hottest artists in the game, right now. While she isn’t getting quite much radio play, yet, she is all over the internet. Each of her music videos goes viral, but that’s due to her sex appeal.

However, fans are pleasantly surprised to learn Doja Cat is also one of the most-talented artists to emerge in a long time. The rising star is doing it all on her own, but she does have the Tyga co-sign. Their collaboration went viral.

Doja Cat is also one of social media’s biggest discussions. She recently released her debut album, and went to Hot 97 to talk about it. The interview saw her discuss the Hot Pink album, social media, and then she played the game.