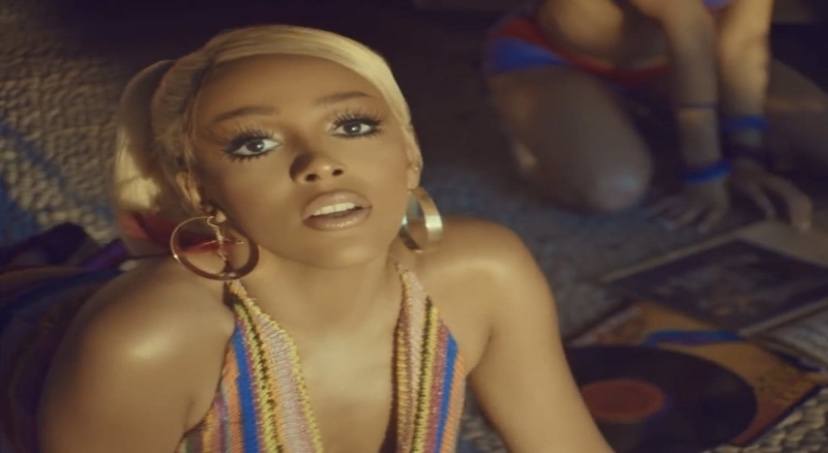 Doja Cat was one of the biggest stars of 2019 as she released her sophomore album ‘Hot Pink’ which featured the hit singles such as “Say So” and “Juicy,” featuring Tyga. Say So’s momentum rolled over into 2020 as it continues to be a fan favorite.

According to Chart Data, Say So is now the most streamed song by a female artist in the U.S in 2020 so far. It’s accumulated over 369 million streams. Doja has been setting herself up to be one of the hottest artists in the world and she’s done this as Say So and Hot Pink are dominating the charts four months later.

Doja released albums two years in a row now as her debut studio album ‘Amala’ came out in March of 2018. Many artists are starting to give fans more music due to people having to stay home in the midst of the ongoing coronavirus pandemic. Hopefully, Doja does this soon as well.

Continue Reading
You may also like...
Related Topics:doja cat, say so

More in Hip Hop News
Sierra offers another public apology to Karlie Redd, calling her a good person, and extremely good, off camera, and asks people to pray for her, Karlie, and getting their friendships back #LHHATL [VIDEO]
DaBaby Shuts Down Rumors of B Simone Manifesting Him Into Her Life as Her Man By Saying She’s Just Part Of His Upcoming “Find My Way” Video