Home » Hip Hop News » #DojaCatSaySo takes over Twitter, as Doja Cat promises the “Say So” video tomorrow at 10 am, and shares a clip of the video [VIDEO] 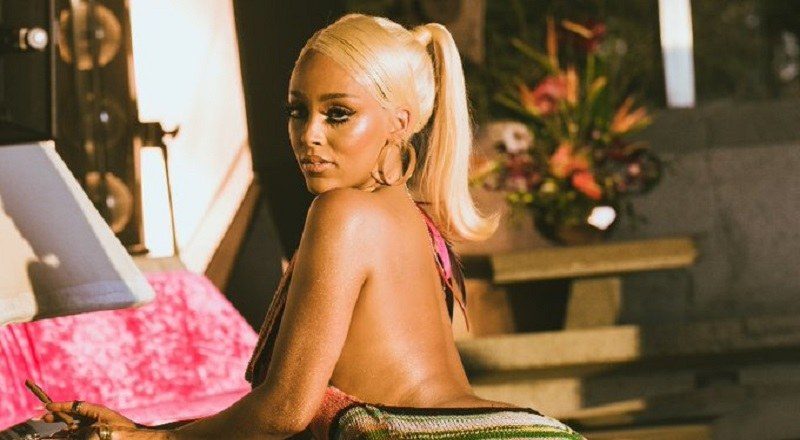 There is no more denying it, Doja Cat is a true force of nature, in the game. She has been building, for some time, getting on the radar of many, when she was clowning Cardi B’s rapping style. But, she proved she was an artist, in her own right, on “Juicy,” with Tyga.

The past year and a half has seen her become a favorite among all of the fans. Ladies appreciate her sensuality, while the men appreciate how sexy she is. Many male fans were in shock, when they learned who her boyfriend is, causing much discussion.

Fans have been pressuring Doja Cat to release the “Say So” music video, so now she is. This afternoon, Doja Cat let the fans know they pressed her into it, so the “Say So” video drops tomorrow at 10 am. All of the fans on Twitter have pushed this into the number one trending topic.

Read the #DojaCatSaySo tweets below:

More in Hip Hop News
Birdman talks Young Money, says he has great relationships with Lil Wayne, Drake, and Nicki Minaj, the label is still under Cash Money, and he will “forever” be in business with them [VIDEO]
Usher previews “Confessions III,” but Twitter thinks he admitted to having herpes, three years after the initial rumors [VIDEO]