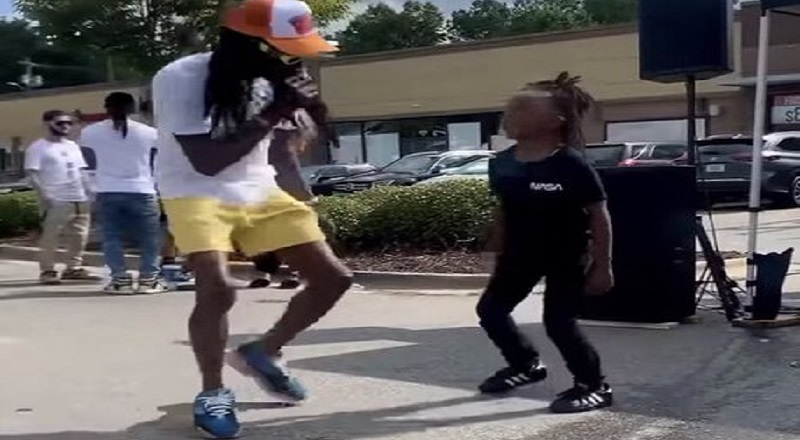 Don Yolo performs My Fam with his son

Don Yolo is probably the most active rapper in the Carolinas. In addition to being a musician, Don Yolo is an active promoter, owner of a record label, and the leader of a powerful movement. With so much going on, it is understandable if some forget what Don Yolo does.

Don Yolo came to put an end to all of the confusion. In 2022, Don Yolo has made moves to let the people know he does this music thing for real. Early this year, Don Yolo was in Texas, for SXSW. The company Don Yolo was keeping was exclusive, as 2 Chainz and Street Execs were who he spent his time with.

Don Yolo, as one half of BLVCK Krown, with King Khoi, released the Step Brothers album, this year. The project was hosted by DJ E. Sudd. Not only is E. Sudd one of the top DJs in the game, he is a core Street Execs member, and one of 2 Chainz’s right hand men. In addition, Don Yolo had billboards promoting the album all through the Carolinas, down to Atlanta.

Don Yolo was in Fayetteville, North Carolina, for the second annual I Love My Community event. Among the event organizers is the L3 Brand. Last year, Don Yolo attended the event, and he had the chance to meet Morray. This year, Don Yolo was among the performers. He came out and performed his single, “My Fam.” However, Don Yolo brought different energy, bringing his actual son out to trade verses with him. This heartwarming moment has captured hearts on Facebook and Instagram.

Don Yolo performs My Fam with his son