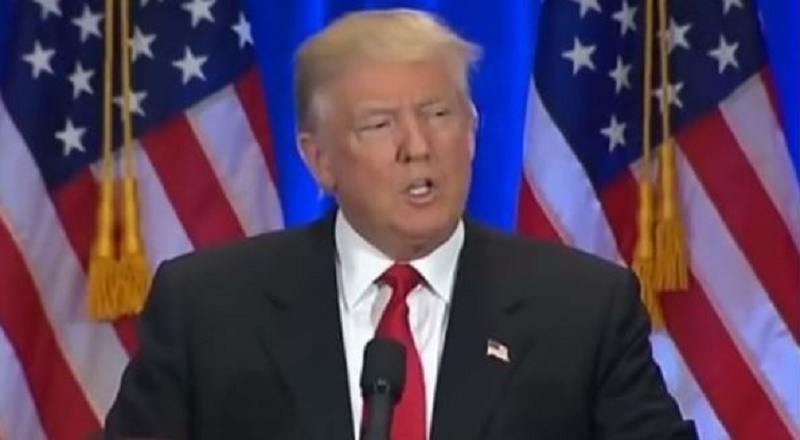 No matter what, Donald Trump was destined to go down in history, long before politics. Long before that, Trump branded himself as the ultimate self-made man. A multi-millionaire when he gained fame, celebrity status, in part, helped Trump maintain billionaire status.

Many blame the hacking and the FBI email situations that cast his opponent, Hillary Clinton, in a negative light. Now, more information is surfacing about Donald Trump, including accusations of him demanding “Golden Showers” sexual acts from his employees in Russia. But, the President-elect is telling the people to not believe the “fake news” and “political witch hunt.”

More in Hip Hop News
Meek Mill shares his most-recent L with the public, giving this to fans, saying “SINCE YALL WANNA SEE ME FALL SO BAD!!!!” HE FELL DOWN THE STEPS [VIDEO]
Alexis Sky addressed the sextape and says she had nothing to do with it, meanwhile Fetty Wap pursues legal action