Home » Hip Hop News » Donna and Alex are caught on tape, having a fight, with a camera crew behind them, with people assuming it’s fake, for the show #BlackInkCrew [VIDEO] 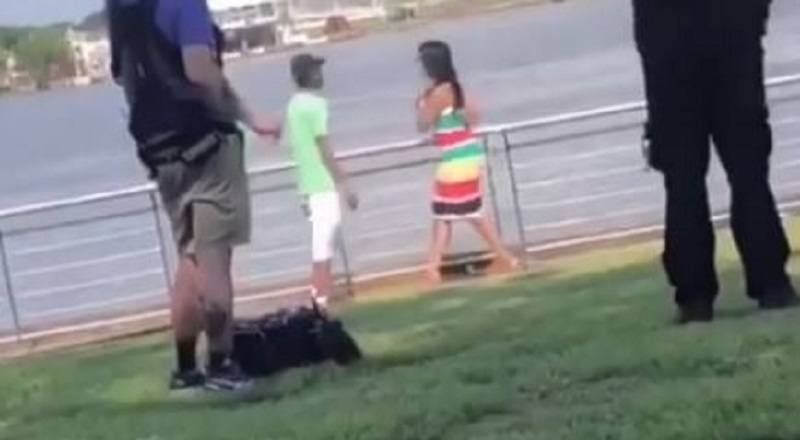 Early this year, Donna revealed she had a new man, in the most-public way possible. Video footage leaked of her getting it on with Alex, her co-worker, on “Black Ink Crew.” All of this happened in spite of her having a boyfriend.

“Black Ink Crew” later had episodes centering around Donna cheating with Alex. The two soon revealed they were in an actual relationship, which played out at the end of the season. Now, they are going through the flow of a relationship.

Some fans were in a park, when they saw Donna and Alex fighting, with her pulling away from him. Their argument seemed to be pretty in-depth, but cameras were behind them. Because of that, a lot of people dismiss it as a faked fight.