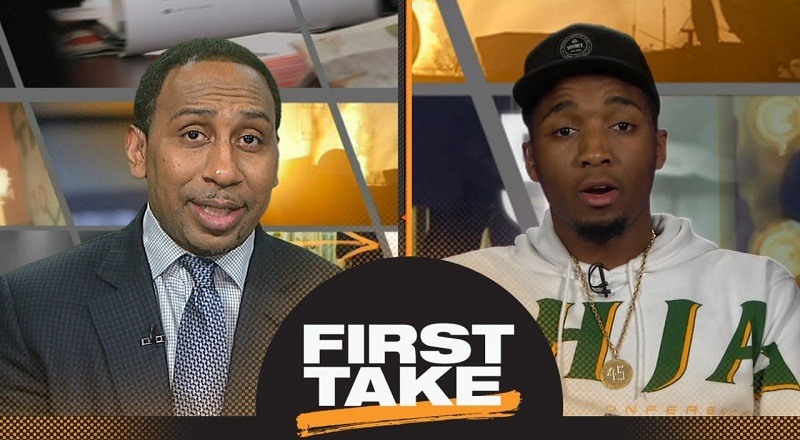 It’s crazy that the Utah Jazz are actually just as good, this year, as they were last year. Their amount of wins might not stack up, but they have barely lost a step. Everybody knew Donovan Mitchell would be good, but few people expected him to be a franchise player.

Donovan Mitchell is a highlight machine that has led the Jazz to a strong record. With the playoff race still very tight, the Jazz stand a strong chance to make it back. They are contending with the Thunder and Spurs for a spot.

This morning, Donovan Mitchell stopped by “First Take,” where he spoke with Stephen A. Smith. The conversation was all about the Rookie of the Year Award. It is a tight race between Donovan Mitchell and Ben Simmons, of the Sixers.