Home » Hip Hop News » #DONTMUTEDC: Thousands of DC residents packed the streets for #Moechella, to protest gentrification in the city, after people complained about loud go-go music being played [VIDEOS] 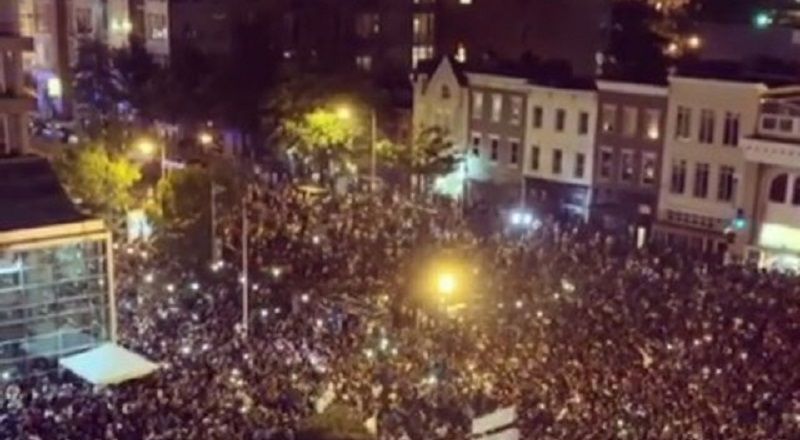 Once again, the political theatrics are on the way, with the presidential election starting up. The debate has always been one party against the other, even though both parties have several factions. On the left side of the spectrum, a huge war is beginning to build.

It’s only right, figuratively speaking, that this fight takes place at our nation’s capital, Washington, DC. In the capital city, a Metro PCS store was made to stop playing go-go music. The people living in the gentrified neighborhood claimed the music was too loud.

This led to the Moechella movement, where people originally from these neighborhoods are fighting back against gentrification. The movement also goes by #DONTMUTEDC. Last night, there was a huge protest, and the DC streets were flooded, as people demand DC’s music heritage live on, fighting gentrification.