Home » Hip Hop News » Doris Burke and Drake finally meet, at #RaptorsCeltics game, on #NBAonESPN, and Twitter is already calling them 2018’s power couple, after Drake got the kiss on the cheek + Say he’s gonna tap that [VIDEO] 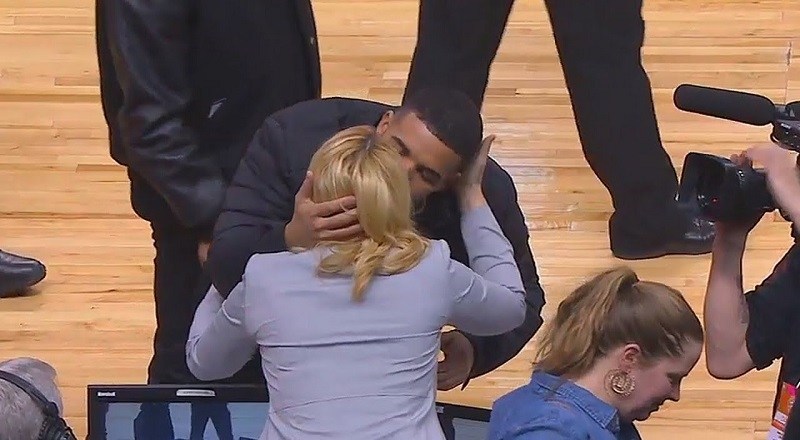 Yo, the internet is a wild place, where some of a person’s wildest thoughts are co-signed by a bunch of strangers. Guys who know about those long NBA nights know the struggle. On the low, Doris Burke is kinda fly, but it took Drake being just as weird as the rest to see it.

Doris Burke is a commentator for ESPN/ABC and Twitter is usually going in on her, due to her bland voice. But, it was different, when she commentated the Raptors/Celtics game. Already, Drake said he had a crush on her, but he did something about it, tonight.

Finally, Doris Burke and Drake finally met, and Drake gave her a kiss on the cheek. In an interview, Doris Burke credited Drake for making her life “more fun.” Coming face-to-face, at the game, Twitter is rooting for the couple, and they believe Drake has tapped, will tap, or is tapping Miss DB.