Home » Hip Hop News » Doris Burke is Drake’s #WCE (Woman Crush Everything), he wears her face on his sweater, and Twitter can’t get enough of it 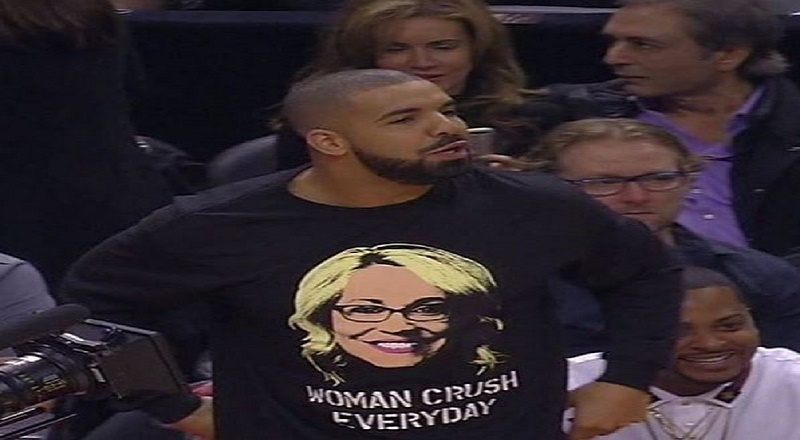 Outside of his music, Drake has made a career out of his celebrity crushes. When he first came into the game, Drake had a fling with Rihanna. Later, his focus shifted to Nicki Minaj and he had it so bad he shouted her out on several records.

Since then, Drake has found several other women, but found his way back to Rihanna, according to rumor mills. But, that has nothing to do with Drake’s life in the world of sports. Representing the Toronto Raptors, Drake is now representing a contender.

When a team becomes a contender, cameras soon follow and this means that Doris Burke is coming. Considering it’s an NBA game, of course, so this gave Drake the perfect opportunity. During a recent Raptors game, Drake rocked a Doris Burke sweater to show it’s real. His “Woman Crush Everything” sweater has sports Twitter going at it, nonstop.

Read the tweets about Drake’s sweater below:

More in Hip Hop News
Sara Jay is the target of ridiculous internet slander, as Twitter is showing no remorse on their insults, comparing her to wrestler, Triple H
Ginuwine is the latest celebrity to have a nude photo leak, as an ex has shared pics of his “privates” online [PHOTO]