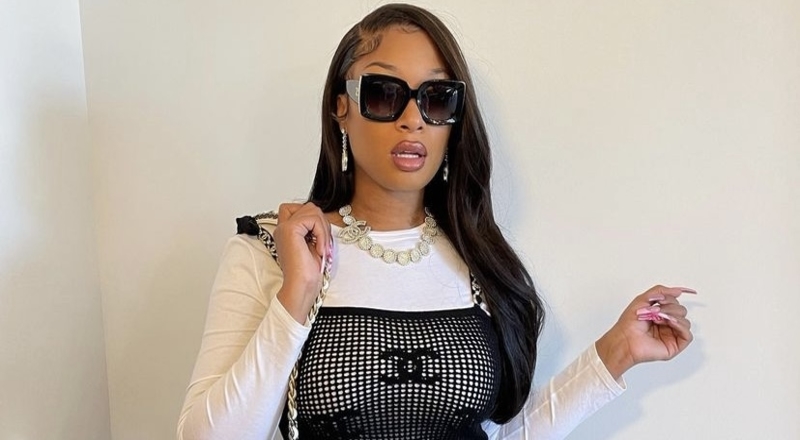 Megan Thee Stallion gets unfollowed by Drake and Rihanna

Megan Thee Stallion is currently on fire, as she is featured on Dua Lipa’s new single, “Sweetest Pie.” This collaboration was released a week ago, and is expected to possibly be the top song in the US, on the Billboard Hot 100 chart. This comes after Megan was low key for several months, after testing positive for COVID-19, in December. That forced Megan to step out of several iHeartRadio Jingle Ball concerts, that month. She returned to social media right after 2022 arrived, though.

Now, many fans have noticed that multiple stars in the industry have unfollowed Megan, on Instagram. These are Drake and Rihanna, two artists who haven’t worked with the Houston rapper yet. In addition to these unfollows, fans discovered that Megan is no longer listed on Rihanna’ Savage x Fenty website’s list of brand ambassadors.

However, it’s unclear what may have exactly happened between Megan, Drake, and Rihanna, but these unfollowers were sudden. Hopefully, these moves aren’t so deep, and Megan does end up collaborating with Drake and Rihanna in the near future. Megan is also nominated for a Grammy next month, for her summer 2021 smash hit single, “Thot Sh*t.”

Megan Thee Stallion gets unfollowed by Drake and Rihanna

More in Hip Hop News
LaKevia Jackson, Young Thug’s baby mama, gets shot and killed over a bowling ball in Atlanta, at bowling party
Jayda Cheaves says she has no issue clowning herself, as fans think Lil Baby cheated on her again