Home » Hip Hop News » Drake confirms that he was detained, while in Sweden, by posting legal document given to him 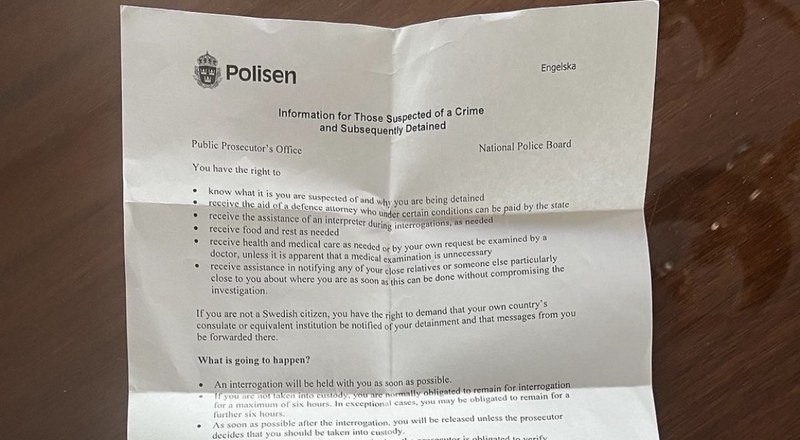 Drake confirms that he was detained in Sweden

Over the weekend, there had been rumors that Drake was arrested in Sweden. Drake’s team reportedly came out and claimed that nothing occurred, though. Now, Drake is saying otherwise. On Twitter, the #FreeDrake hashtag quickly trended, which hinted that Drake may have gone to jail, in Sweden. This comes three years after A$AP Rocky’s high-profile arrest, in Sweden.

Drake has taken to his Instagram feed to post a photo and video dump. There, one of the photos displayed a document which stated that Drake had been detained. It stated a series of rights that Drake has in Sweden when detained, similar to that of Miranda Rights, in the United States.

This document also added that Drake would be interrogated. Following that interrogation, police would decide whether or not that he would be sent into custody. Based on the events that went down, it seems that Drake didn’t end up in that further position. Drake is rumored to have initially been arrested for marijuana possession. Drake initially landed in Sweden four days ago, on his Air Drake jet.

Close up look at Drake’s Jet as it lands in Sweden pic.twitter.com/K6y5qk4M4v

Drake confirms that he was detained in Sweden

Continue Reading
You may also like...
Related Topics:drake, featured, sweden