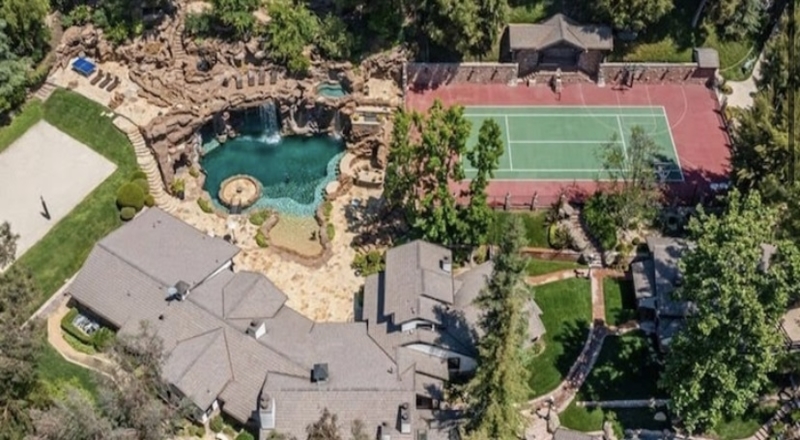 Drake continues to be one of the most dominant artists in the world. He had a huge 2021, in which he release two of the biggest projects of the year. Those included his “Scary Hours 2” EP, which had collaborations with Rick Ross and Lil Baby, and had all three songs debut in the top three, of the Billboard Hot 100 chart. In the fall, Drake also scored his sixth straight number one album, with “Certified Lover Boy.” Every album in his career has reached that top spot, on the Billboard 200 chart.

Drake also has many properties, including in Los Angeles. According to TMZ, he is selling three, which are located in the Hidden Hills area. These are all located next to each other. This comes after his recent purchase of a Beverly Hills home, as well.

The main home is  12,500 square feet, which is being listed at $14.8 million. Amenities in that home include six fireplaces, wine cellar, tasting room and a home theater. The bedroom suite also spans a whopping 2,000 feet. One can also relax in the home’s large swimming pool, swim-up bar, and 80-foot long rock waterslide. Tennis, basketball and volleyball courts are also available.

Regarding the other two homes in the vicinity, they are a 6.7 acre compound, which are located at the end of a cul-de-sac. In total, the three properties can be purchased for $22.2 million. Rayni Williams and Branden Williams of The Beverly Hills Estates can be contacted, regarding potential buyers.

More in Hip Hop News
Lil Durk posts “MAN WHAT” after DaBaby claims he’s in his DM waving the white flag, when Memo 600 called him out for NBA Youngboy collaboration
The Game believes that his career would’ve still taken off, even if he didn’t sign to Dr. Dre [VIDEO]