Home » Hip Hop News » Drake laughs off rumors of him expanding his security due to Kanye West beef, giving the crying laughing emoji on Instagram in response [PHOTO] 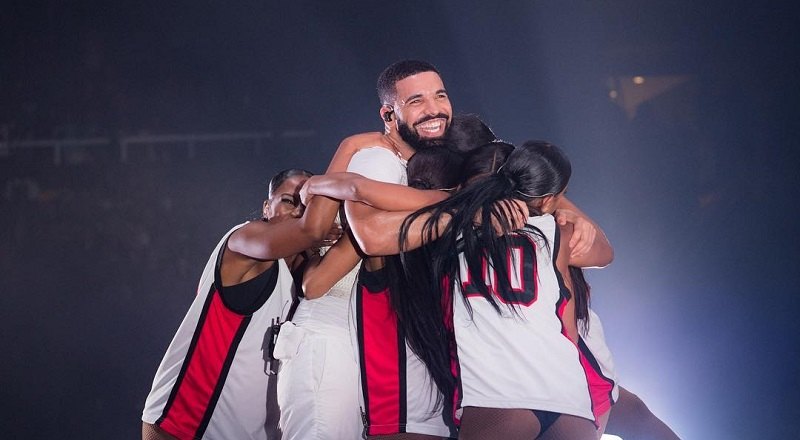 History between Drake and Kanye West has always been a little skewed, to say the least. The Toronto rapper signed to Young Money in 2009. This was the same year Jay-Z dropped The Blueprint 3 and when Birdman re-ignited the Cash Money/Jay-Z feud.

At the time, Jay-Z was up for Album of the Year and Birdman insisted that Lil Wayne deserved it, despite his album being a year old. Nearly two years later, Jay-Z and Kanye West announced Watch the Throne. It was only months later, when Drake and Lil Wayne announced an LP.

On “I’m On One,” DJ Khaled’s 2011 hit, Drake even said “I’m just feeling like the “throne” is for the taking… watch me take it.” At the time, fans believed Drake was talking about Kanye West. Over the years, plenty of back-and-forths have gone forward, leading to Kanye’s rant, and reports of Drake beefing up security, he responded to on IG with the crying laughing emoji.

More in Hip Hop News
Nicki Minaj takes subliminal shots at Ariana Grande and Drake for their insensitive comments about Kanye West and Pete Davidson, saying “
Soulja Boy Says He’s Made $1 Million In Sales With His SouljaWatch And SouljaGame Console And That He’ll Be Worth $40 Million In 2019