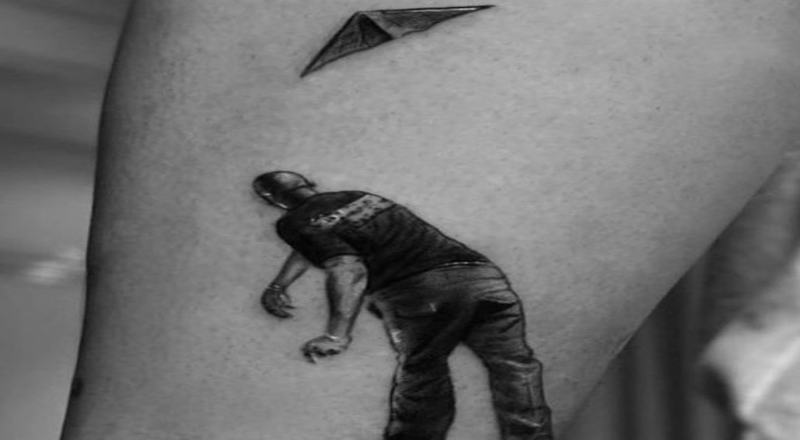 Last month, the fashion industry lost one of their biggest icons in Virgil Abloh. Abloh had been known for his Off-White fashion label, as well as being the creative director of Louis Vuitton since 2018.

Abloh had been battling a rare form of cancer since 2019. The public wasn’t aware of this at all though, as he was going through this in silence. Many stars in the music industry were close with Abloh, and admired his work heavily.

Drake was one of these names who was close to Abloh, as a photo has now surfaced of a tattoo he inked, in tribute to the fashion designer. The image on Drake’s arm displays Abloh throwing a kite, as this was when Abloh threw a LV kite down a runway, back in 2018.

Drake has had a massive year musically, as well. He released his “Scary Hours 2” EP in March and then, his chart-topping “Certified Lover Boy” album in September. That marked his sixth consecutive number one album. Every studio  album of his career has reached this mark.

Check out a closer look at Drake’s Virgil Abloh tattoo below.