Home » Hip Hop News » Drake Places Billboards, in Hometown of Toronto, Ahead of This Week’s Release of His “Certified Lover Boy” Album [PHOTOS] 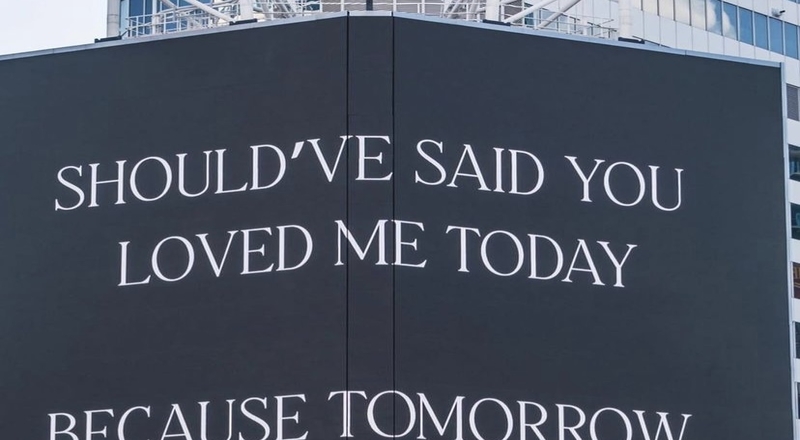 On Monday, Drake finally confirmed that his sixth studio album, “Certified Lover Boy,” is in fact, releasing on September 3. This comes after ESPN’s morning SportsCenter intro displayed a sign being held, saying “CLB September 3.” Drake’s announcement on Instagram, on Monday, contained the confirmed date, and photos of pregnant emojis.

The pregnant emojis appear to hint that fans have been waiting nine months for CLB, and now, even more promotion is coming, in Drake’s hometown of Toronto. Various billboards have been placed in the large Canadian city, ahead of the September 3 release date.

Some of these billboards read “Should’ve said you loved me today, because tomorrow is a new day.” Another one read “I don’t miss, let alone miss you.” These are assumed to be quotes off of some of the songs, that are scheduled to appear on CLB.

Merchandise for CLB are also being released. These t-shirts contain quotes from the billboards that were placed in Toronto,

Check out the Certified Lover Boy billboards in Toronto, below.

More in Hip Hop News
Karlie Redd complains about how her daughter switched up, when her boyfriend came on the trip; Twitter reacts #LHHATL
Trick Daddy discussing Eat A Booty Gang and saying he likes his ate trends on Twitter [VIDEO]