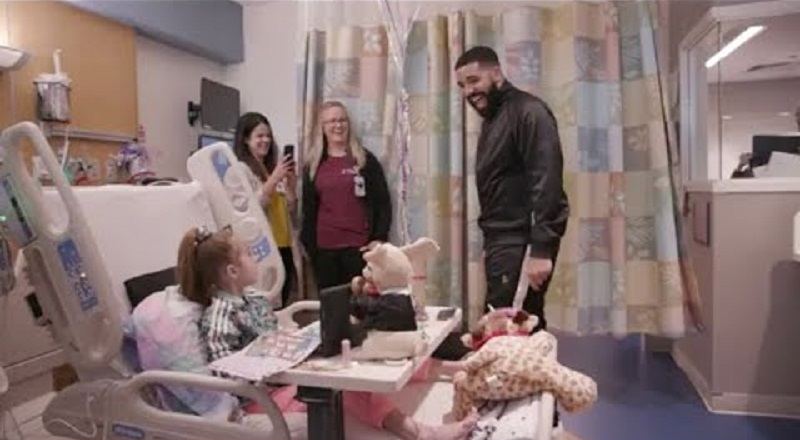 To start 2018 off, Drake was doing random acts of kindness. In total, he gave away close to $1 million, around the Miami area. Most people could not figure out why Drake was giving so much money away, but they soon understood.

Drake launched his “God’s Plan” single, early in 2018, and the song soon took over radio. The song topped Billboard and the video consisted of all his acts of kindness. It turns out, Drake’s budget is what he gave away, making all the money back with the video’s revenue.

Even though Drake doesn’t have a new video in the works, he is still doing random acts of kindness. There was an eleven year old girl who is a big Drake fan. Well, she is in the hospital, awaiting a heart transplant, and Drake cancelled his show to surprise her, paying her a visit.