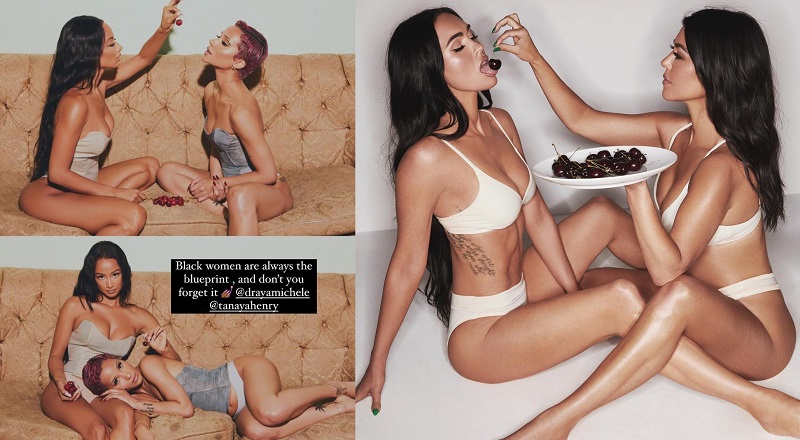 In her career, Draya has never been afraid to speak her mind. This is what made her “Basketball Wives LA’s” resident bad girl. Many reality TV women modeled themselves after her.

On social media, Kourtney Kardashian has dominated with her SKIMS ad, where she’s feeding cherries to Megan Fox. Not long after, Draya posted her previous promos, with Tanaya Henry, where she was feeding her cherries. With that, she said that black women are always the blueprint.