Home » Hip Hop News » Draymond Green gets blasted on Twitter for Kevin Durant leaving the Warriors and going to the Nets; Reports claim Draymond dared KD to leave during argument, so fans say it’s his fault 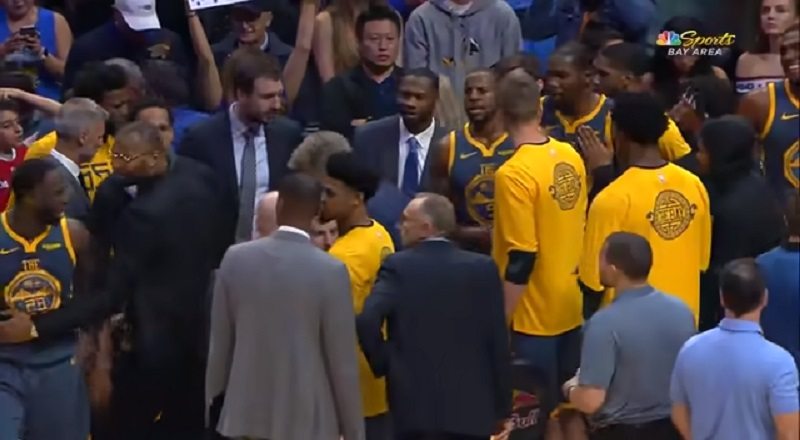 Free agency periods have increasingly become just as exciting as the game, itself. The NBA has evolved, a lot, and has become a very big money game. During each free agency period, players have the chance to both make a lot of money and win a lot of games.

Teams not up with this program tend to lose, like the Charlotte Hornets losing Kemba Walker, before talks even began. Meanwhile, the Nets are suddenly contenders, with Kevin Durant signing there. Also expected to sign is Kyrie Irving, making an instant threat in the East.

The Golden State Warriors, meanwhile, are reeling from the loss that was the 2019 NBA Finals. Kawhi Leonard, also a free agent, led the Raptors to the title, over Golden State, in six games. Now, Kevin Durant is gone, and Twitter is blaming Draymond Green, who reportedly told KD to leave, adding they won without him.