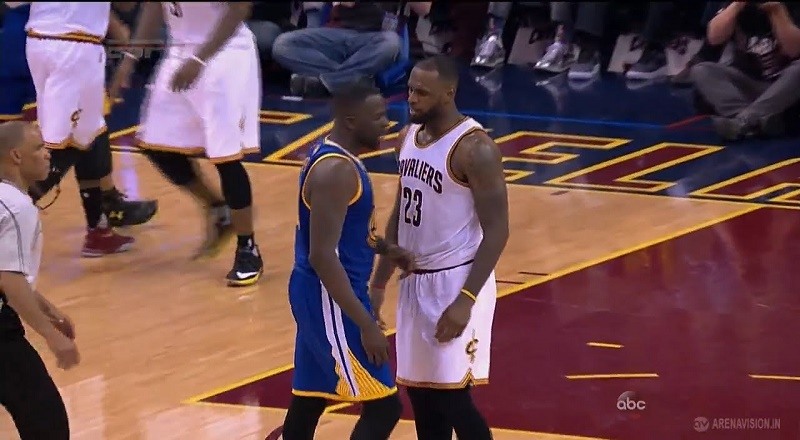 Every great NBA team needs a player like Draymond Green to get into the stars’ head. The Miami Heat have Udonis Haslem, the Lakers’ championship squads had Ron Artest, and, of course, the Chicago Bulls had Dennis Rodman. Tonight, the Warriors almost had a fight.

Draymond Green is literally one situation away from a suspension for one game. That didn’t stop him from going after LeBron James when he stepped over him. Not backing down, Draymond Green was ready for a fight, thoroughly pissing off fans.

Because of LeBron James’ status in the league, Draymond Green going at him was bound to get fan reactions. Quickly, he has become the leading trending topic on Twitter. Fans have had a lot to say about the Warriors’ hustle player.

Watch the altercation between Draymond Green and LeBron James below: