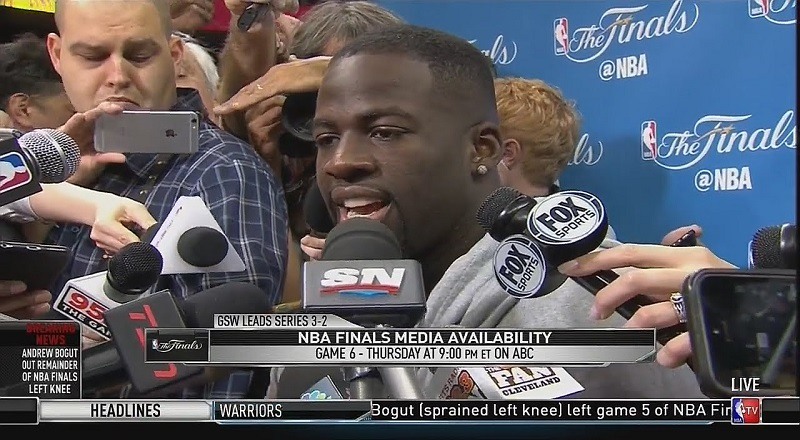 Every great team needs a guy like Draymond Green to do just what he does, hustle. Not only did he hustle, Draymond Green also made it his mission to make LeBron James very uncomfortable. His latter action worked a little too well.

Draymond Green going at LeBron James is what most will pinpoint as to why the Warriors lost Game 5 at home. None of the taunting from the fans at Oracle stopped what LeBron James and Kyrie Irving did. If anything, they were fueled by it, as they were already angry.

The media caught up with Draymond Green and he accepted the blame, as a leader does. Addressing the public, Draymond Green said that he let his teammates down. Leaving that in the past, Draymond Green is focused on doing what needs to be done in order to win the Warriors their second straight championship.