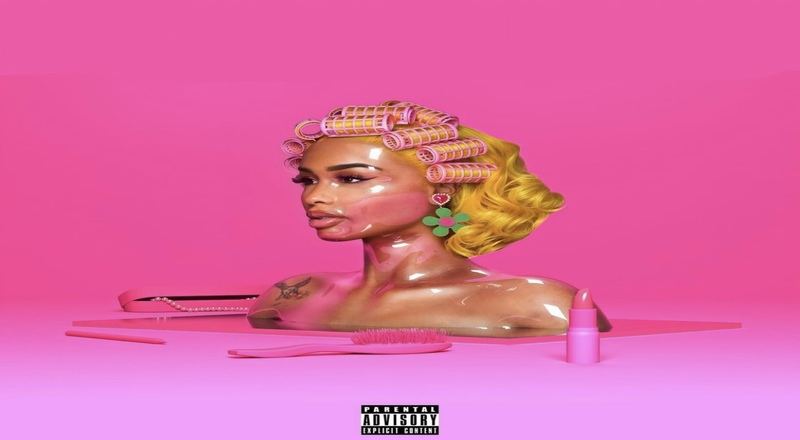 Over the past few years, DreamDoll has been one of the hottest rising rappers out of New York City. Coming from The Bronx, DreamDoll also established herself as a reality TV star, by appearing on “Love and Hip-Hop: New York.”

However, DreamDoll has also now just announced her first project since 2019, is arriving next week. This is the third installment of her “Life In Plastic” EP series, as “Life in Plastic 3: The Finale,” will be available on September 23. This comes after DreamDoll released her “Ice Cream Dream” single, in April, with French Montana.

DreamDoll took to Instagram to pen a lengthy post about thanking fans for being patient with her working on new music, as well as perfecting her craft. Eight new songs will be available on this project, as DreamDoll also unveiled the official cover art. She is seen recreating being her favorite Bratz Doll Head. One feature that DreamDoll revealed, is Kash Doll appearing on “Fantasy.”

“Thank you guys so much for being so patient with me for the past few years! Verse after Verse, Year after Year you’ve seen how much I have perfected my craft, improved on my artistry and showed you on the features i’ve been given (which i’m very GRATEFUL for) and now you get to experience the new side of me on my OWN tracks. 8 songs may seem like a short batch of songs but these eight songs were hand picked by me to finally end the Life in Plastic Chapter.”

Continue Reading
You may also like...
Related Topics:dream doll, featured, Life in Plastic 3: The Finale

More in Album Preview
Kanye West tells CNBC that he’s not going to argue with people who are broker than him, about money, when discussing his decision to end deal with Gap [VIDEO]
Michael B. Jordan says Canelo Alvarez will be in “Creed III,” which is coming in March 2023