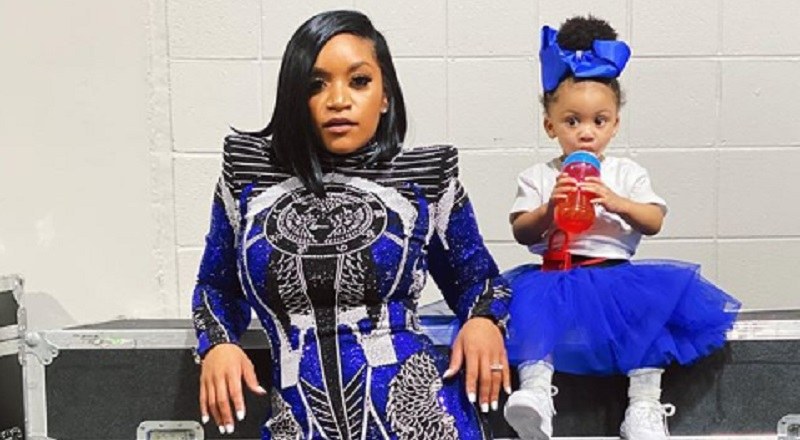 Last night, Gervonta Davis finished what he started, at the weigh-in, and won the fight. All year long, Gervonta Davis has been going through girl problems. Early this year, Gervonta began dating Ari, the baby mama of G Herbo.

Despite G Herbo being the rapper, Ari was easily the most-popular half of the couple, on social media. So, when she began dating Gervonta, their relationship received all kinds of press. The two had very public spats, including with Dretta Starr, Gervonta’s baby mama.

With Ari out of the picture, Dretta Starr has been very kind to Gervonta, and on good terms with him. Along with their daughter, Dretta Starr dressed up for Gervonta, showing up at his fight, last night. The recent closeness between the two is beginning to make people speculate on a potential reunion.

More in Hip Hop News
Is Kandi the new bone collector, this season? #RHOA fans on Twitter say so, saying she’s involved in all the mess
Future Pushes Fan Who Ran on Stage During His Show in Nigeria and Goes Right Back to Performing “Mask Off” in Front of Sold-Out Crowd [VIDEOS]