Home » Hip Hop News » Drew went HAM when LaToya touched her, but #RHOA fans side with her, because LaToya has been talking trash about her, and fans believe that set Drew off + Why does LaToya want to touch Drew so badly? 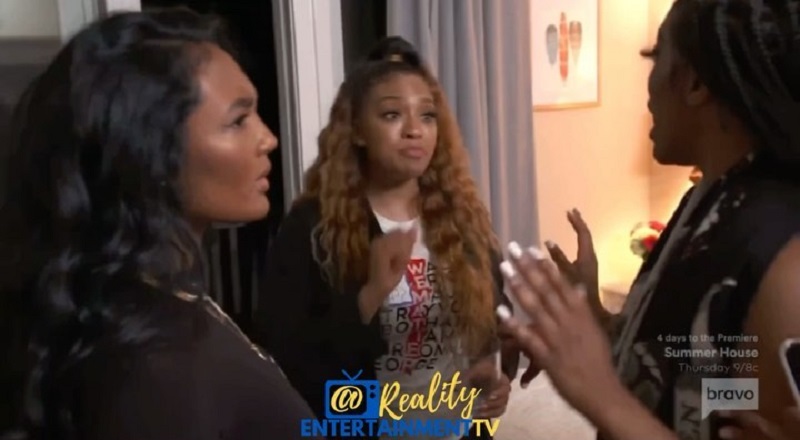 It seems like Drew Sidora and LaToya Ali can’t get right. As it stands, it also looks like they never will. Their situation began, when LaToya jokingly called Drew out for her role, on the TV show, “The Game.”

LaToya jokingly blamed Drew, who played herself, for breaking up Melanie and Derwin (Tia Mowry, Pooch Hall). It was a joke, but Drew took it seriously. Since then, LaToya has been outed for clowning Drew’s wigs.

On tonight’s episode of “The Real Housewives of Atlanta,” Drew Sidora checked LaToya Ali, when the ladies arrived in Charleston. As they were getting settled into their rooms, LaToya grabbed Drew’s arm, which set her off. With this one, fans were on Drew’s side, as she has made it clear she doesn’t like LaToya, so they don’t see why she keeps forcing the issues, and trying to touch her.

Read the tweets about Drew and LaToya below:

More in Hip Hop News
Fans on Twitter were not with Kandi defending Kenya for going with LaToya on a private jet and bringing her baby with her, calling Kenya “messy” #RHOA
Marlo and her disappointment in the room Kenya got her is everything! #RHOA fans on Twitter are finding her reactions hilarious, especially how she turned it into her dressing room, and took the living room for her room