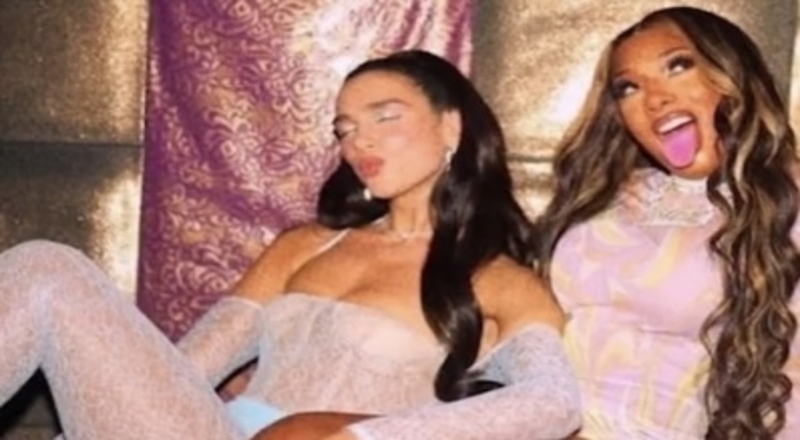 Megan Thee Stallion and Dua Lipa are two of the biggest stars in the music industry, as they post massive numbers with every released. Now, the two are getting together to release a single, this week.

Megan and Dua just took to Instagram to share a short clip of their upcoming collaboration, that will be out on March 11.  As of now, the title of the single is unclear, but Dua shared plenty of fruit emojis, in her Instagram caption.

Dua has been on fire since 2020, as “Levitating” is one of the biggest records in the world. That peaked at number two on the Billboard Hot 100 chart, and is 4x platinum in the US. The Levitating remix also featured DaBaby, but the Charlotte rapper was removed from it, after his controversial LGBTQ comments at the Rolling Loud festival in Miami, last summer. Nonetheless though, that remix continues to receive heavy radio play.

Megan has been working with plenty of the biggest pop stars, over the last several years. This now includes Ariana Grande, Doja Cat, Dua Lipa, and Maroon 5. The upcoming Dua collaboration should be a hot start to 2022 for Megan, as many anticipate that her sophomore album will arrive this year, as well.