Home » Hip Hop News » Dwight Howard and Marcus Smart FIGHT during the middle of the game; #Hornets and #Celtics fans react on Twitter, each telling the other they don’t want smoke (FULL FIGHT INCLUDED) 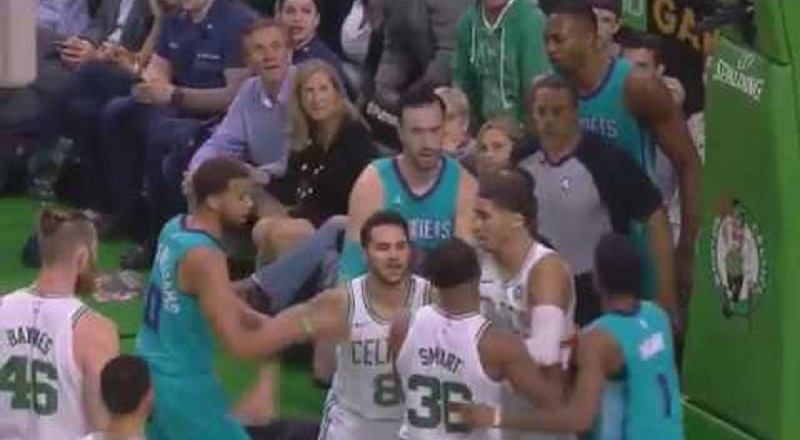 The rivalry between the Charlotte Hornets and Boston Celtics is one of the hottest ones in the NBA. Oh sh*t, no it isn’t, because Charlotte blew too many games in the 2014-15 and 2016-17 to make the playoffs those years. But, 2015-16 showed a glimpse of these teams fighting.

Two seasons ago, these squads were fighting for playoff positioning, but Charlotte can only go every other year. Tonight is one of the first times, all season long, Charlotte has acted like a winner. Even still, the fourth quarter isn’t here, yet.

Momentum was shifting to the Celtics, earlier in the game, when the Cs swarmed Dwight Howard in traffic. It didn’t take long for it to get tense, when Marcus Smart and Howard got into it. Both sides were letting the other know their guy isn’t to be mucked with, but it’s whatever, we got the full fight.

Watch the entire fight below:

Read the tweets about the fight below: