Home » Hip Hop News » Dwight Howard gets outed by a transgender woman, Masin Elije, who EXPOSES the Washington Wizards player, sharing their DMs, accusing him of sexually harassing, threatening, and manipulating her, adding she is afraid for her life; Meanwhile Twitter has jokes about Howard’s buttocks injury, and Royce Reed comments (FULL CONVO INCLUDED) [PHOTOS] 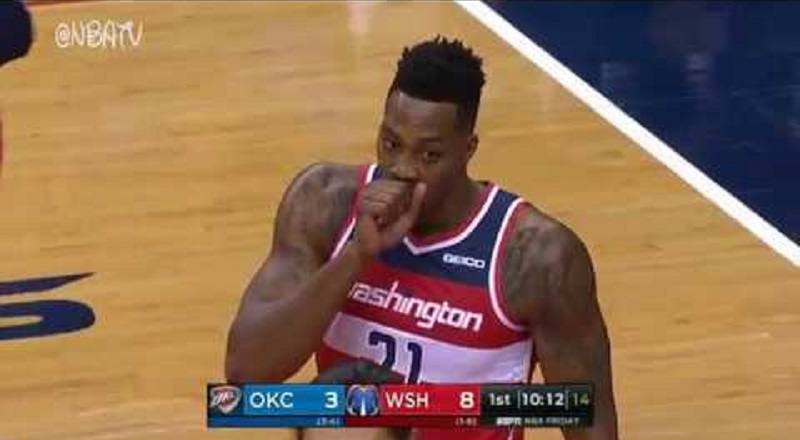 It seems like things have only gone from bad to worse for Dwight Howard, in the eyes of the public. In his actual life, things are likely going fine, but he can’t be happy with this news. As of press time, he is the top trending topic on Twitter.

Dwight Howard, since leaving the Orlando Magic, has struggled to find footing. After joining the Houston Rockets, he played on the 2015 team that went to the Conference Finals. From there, he was traded to the Hawks, Hornets, and Wizards, in that order.

This journey took him from one of the NBA’s best players to a “serviceable” player. Even worse, Masin Elije, a transgender woman, is accusing him of having sex with her and then sending threats. Accusations like these come with fame, but can damage a reputation, as nothing confirms her claims as true, but social media is here for the drama.

Read Masin Elije’s tweets and the tweets about Dwight Howard below: