Home » Hip Hop News » Dwight Howard turned back the clock, with that dunk, reminding the world of who he is, and Twitter has him trending, as the Sixers blow the Mavericks out 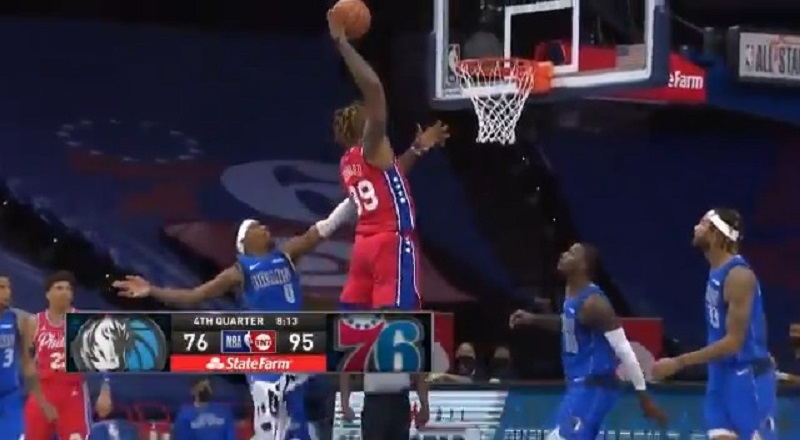 Last season, Dwight Howard proved he could still contribute to an NBA team. He was almost out of the league, but the Lakers gambled on him. This resulted in him being a key role player, in the 2020 championship run.

Dwight Howard played himself into a deal with the Philadelphia 76ers. Since 2017, they have consistently been one of the league’s better teams. The Sixers, though, have yet to reach the Conference Finals.

Tonight, the Sixers are playing the Dallas Mavericks, on TNT, blowing them out. Dwight Howard has taken Twitter over, as he showed the world who he was, and still is. He threw the hammer down, dunking, turning the clock back, and fans are for it.

Read the tweets about Dwight Howard below: