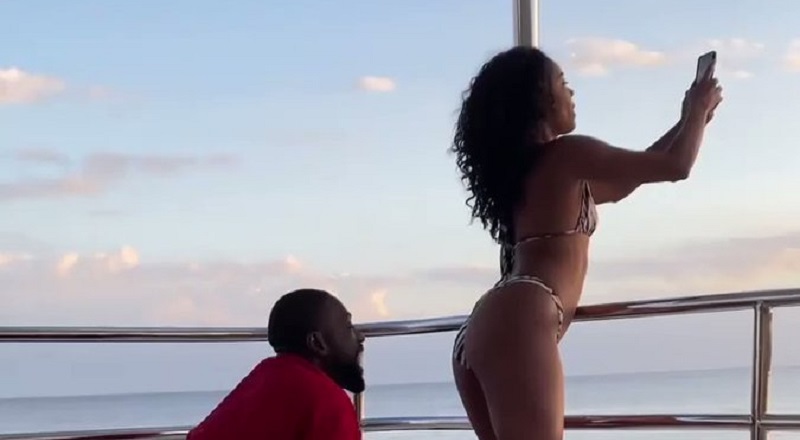 Dwyane Wade was once on his way to being one of the greatest NBA players of all time. During his rookie season, Wade played like an All-Star during the second half of the season. As a result, the Miami Heat made the playoffs, and came within two wins of the Conference Finals.

Dwyane Wade managed to have a Hall of Fame career. In 2010, he took a backseat, assisting LeBron James as he led the Miami Heat to two more titles. As a result, Dwyane Wade is a three time NBA champion. Two years after Wade’s first title, he and Gabrielle Union began dating. During the LeBron era, Wade and Gabrielle Union wed. Ever since, they have been social media’s happies couple. The two have shared several yacht videos. Wade took husbandly liberties with his wife, while he was on the yacht.

More in Hip Hop News
Small business owner puts woman on blast for stealing from her store, sharing a video on TikTok of her riding the bus with this woman, and getting her arrested [VIDEO]
Offset announces “Code” single, featuring Moneybagg Yo, releasing this week [VIDEO]