Home » Hip Hop News » Dwyane Wade roasts Shaq, for sleeping with an oxygen mask on, during their downtime, from NBA on TNT #NBAonTNT [VIDEO] 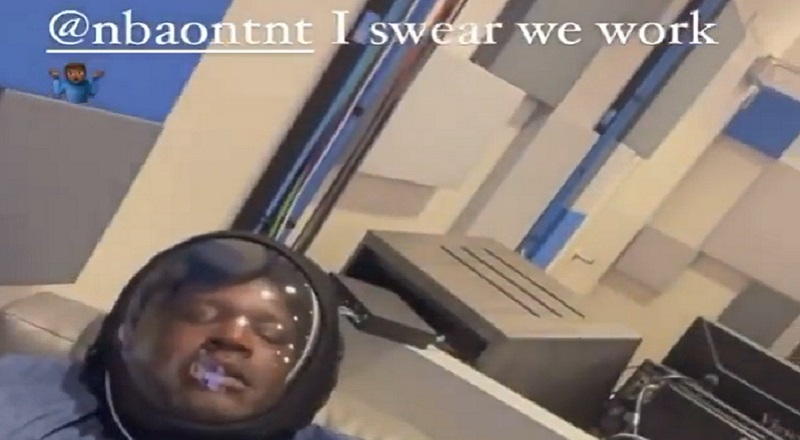 There is a deep history, shared between Dwyane Wade and Shaquille O’Neal. From 2004-2008, they were teammates, with the Miami Heat. In 2006, they led the Heat to the franchise’s first championship.

In 2008, Shaquille O’Neal would leave the Miami Heat, as the team went into rebuilding. This period saw Dwyane Wade establish himself as one of the NBA’s top three players. Soon, the Heat were title contenders, again.

Since Dwyane Wade’s 2019 retirement, he has joined his former teammate, Shaquille O’Neal on NBA on TNT. As analysts, the two have shared memories, and many funny moments. On his IG Story, Dwyane Wade shared this hilarious moment of Shaq sleeping with his oxygen mask on.

More in Hip Hop News
Curren$y – “Closing Date” [VIDEO]
Rising rapper, JoshfromYNC, is doing what no has done before, introducing the world to Wheeling, West Virgina, as creates international buzz