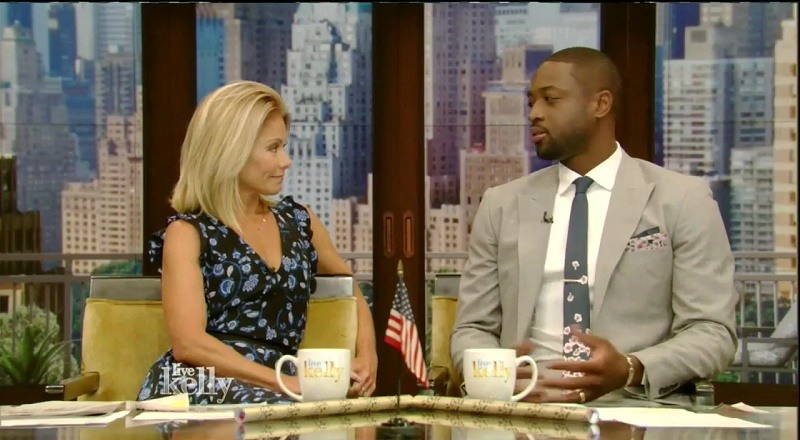 Last night, Dwyane Wade officially cut ties with the Miami Heat, thanking them for all they afforded him. Their business breakdown is allowing Wade to live a childhood dream. He is now back home with his hometown team, the Chicago Bulls.

An 80s baby, Dwyane Wade grew up when Michael Jordan was leading his hometown team to NBA greatness. When Wade got older and joined the NBA, he did the same with the Miami Heat. Early in his career, he received the Jordan comparisons and had a fierce rivalry with the Bulls.

Now, Dwyane Wade stopped by to visit with Kelly Ripa, this morning, for “Live With Kelly!” Their entire interview centered around Wade’s choice to sign with the Chicago Bulls, as the deal became official, this morning. Wade explained the hows and whys behind his decision.