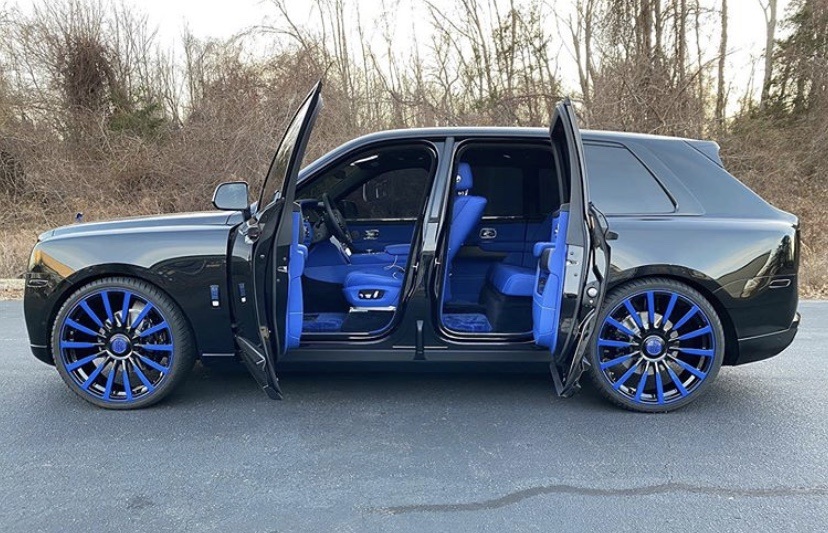 It was announced this week that the performers for the Nipsey Hussle tribute at the GRAMMYs in Los Angeles on January 26 will be YG, Meek Mill, Roddy Ricch, John Legend, DJ Khaled, snd Kirk Franklin. This will take place in Nipsey’s hometown along with the arena where he had his nationally televised funeral last year, the STAPLES Center.

Hip-Hop continues to mourn heavily as this month will make 10 months since Nipsey’s passing. One who continues to honor his memory is Philadelphia Eagles Wide Receiver, DeSean Jackson. The two grew up together in South Central LA and knew each other way before the fame.

Jackson recently got his Rolls Royce customized in a Nipsey Blue color scheme that comes with some pretty cool features. The RR logo is blue and so are the seats. Nipsey’s “1 of 1” logo is engraved in the car and when the doors open, Nipsey’s face is projected.

This is definitely a dope tribute by Jackson to Nipsey. Last NFL season, he also wore customized cleats to honor him. Check out the Nipsey Blue Rolls Royce below, courtesy of TMZ and Jackson’s Instagram feed.

More in Articles
Kanye West suffers song leak on YouTube, which leakers titled “Wait For Drake,” consisting of a two minute rant of Kanye venting about Drake, accusing him of moving into his neighborhood to slight him, and that he spotted him, or a lookalike, in a restaurant
Roddy Ricch – “Boom Boom Room” [VIDEO]