Home » Hip Hop News » Earn wasn’t here for the shots, but he got drunk off the shots and #AtlantaFX fans loved every minute of it 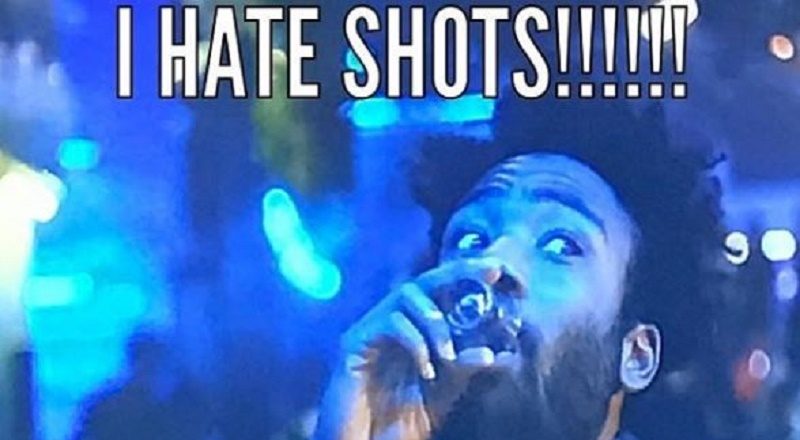 Give Earn (Childish Gambino) props, he doesn’t quit when it comes to his business. After the celebrity basketball game with Justin Bieber (Austin Crute) was a failure, he booked Paperboi (Brian Tyree Henry) a TV spot, which was an epic fail. Now, he booked a club appearance.

Arriving at the club with Darius (Keith Stanfield) in tow, Earn was ready to make some money. His contact at the club was Chris (Lucius Baston), the promoter. Unsurprisingly, Chris pulled typical promoter crap and tried to leave Earn hanging.

When Chris first offered Earn shots, he told him he hated shots. After being unable to get the money, Earn settled by the bar and he would continue professing his hatred of shots, all the while, the bartender was feeding him shots. This contradiction represents so many people and Twitter sympathized with Earn, as he got drunk.

Read the tweets about Earn below: