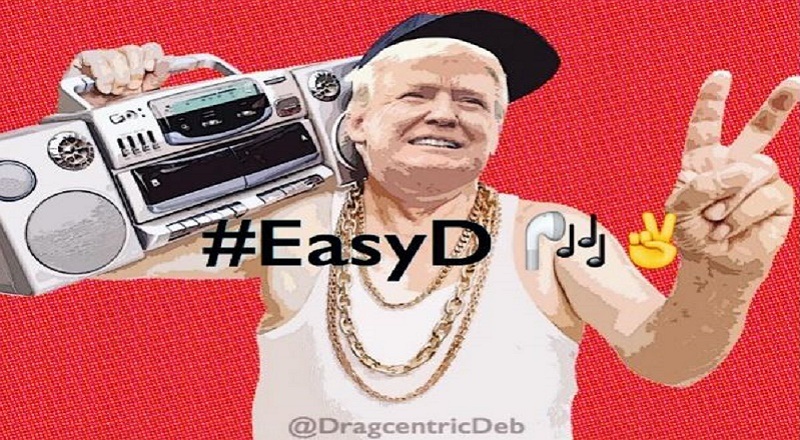 What will President Trump come up with next? Long before he was even thought of as a presidential candidate, Donald Trump has tweeted some of the most-outrageous things. However, since taking office, he has continued doing so.

Donald Trump campaigned on nationalism, promising to build a wall on the Mexican border to keep illegals from entering the nation. He also campaigned hard against Muslims. When he attempted to pass a law banning Muslim immigrants, he faced tremendous backlash.

Since then, Donald Trump has spoken out against the judge who blocked the executive order. These rants have continued on social media, leading up to today’s tweet. Found below, Donald Trump rants about the immigration into the country and ends the rant with “Easy D,” which social media is loving, especially @Dragcentricdeb who made the artwork above.

Read the “Easy D” tweets below:

More in Hip Hop News
DRose, popular Chicago hip hop figure, gets sentenced to forty years in prison for 2014 murder of a Dunbar High School student
Rick Ross reportedly made amends with Drake and will reveal this on a song tentatively titled “Triple Platinum” [PHOTO]