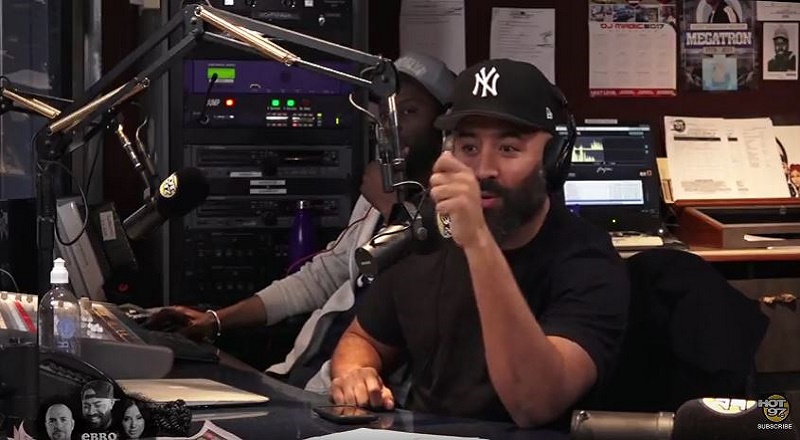 Over the weekend, Ebro saw himself trending on Twitter for all of the wrong reasons. The popular radio executive-turned-radio personality was brought up in Remy Ma’s “ShETHER” freestyle. That record is a diss to Nicki Minaj and Remy accused him of sleeping with her.

Ebro would take to Twitter to set the record straight, leading Papoose to call him out for tweeting him in excitement. Drama was all over the place in that situation. Defusing things, Ebro invited Papoose and Rem to return to his show and discuss it.

This afternoon, Ebro addressed it with Peter Rosenberg and Laura Stylez on Hot 97. During their conversation, they broke down all angles of the drama and who was in the wrong. Still, Ebro maintains that he did not touch Nicki Minaj, in that way.