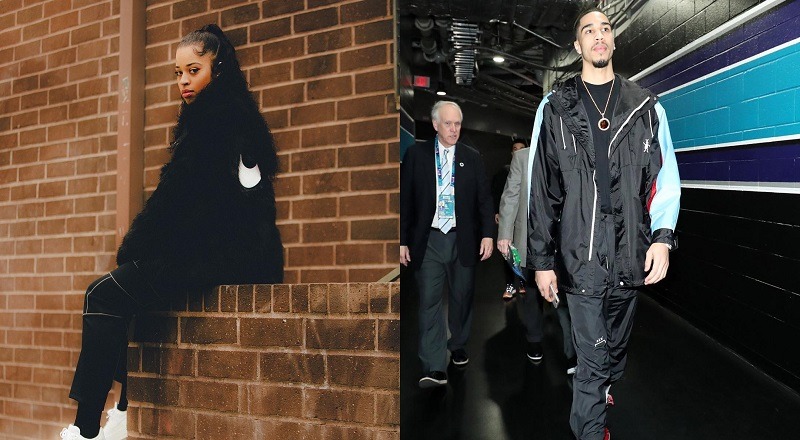 A year ago, Ella Mai became one of the most-unlikeliest stars in the music industry. Already, she had “Boo’d Up,” a song that somewhat came and went, but the song’s time hadn’t come. The summer of 2018 saw her emerge as a star.

The summer of 2018 also saw Jayson Tatum come into his own, as a star. Despite an incredible season, the Boston Celtics fell apart, right before the playoffs. Kyrie Irving being injured led to Jayson Tatum emerging as the team’s star, along with Jaylen Brown.

Due to his hard work, both in the playoffs, and the 2018-2019 season, so far, Jayson Tatum is an All-Star. Sharing an IG photo of himself arriving in Charlotte, Jayson Tatum has an admirer. Ella Mai commented on his pic and the blogs think she’s trying to make him forget about Samie Amos.

More in Hip Hop News
Russell Westbrook ignores question about playing with Joel Embiid at the #NBAAllStar Game tomorrow #NBAAllStarMediaDay [VIDEO]
Avant has Twitter worried again! The singer has lost such a massive amount of weight that one fan said he looks like he only has 3 minutes, not 4