Home » Hip Hop News » Ella Mai talks being discovered by DJ Mustard, following the success of “Boo’d Up,” and more on #TheBreakfastClub [VIDEO] 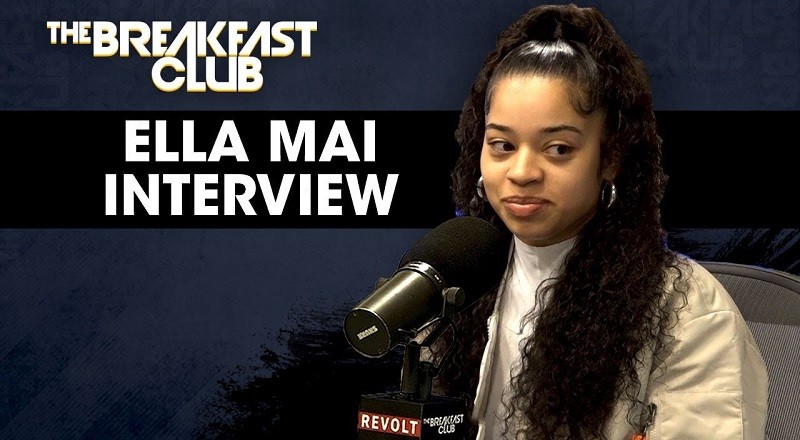 Last year, Ella Mai dropped an EP, which contained “Boo’d Up” as a cut on it. The record was definitely a bop, a nod to an earlier R&B era, so the people loved it. Earlier this year, “Boo’d Up” hit radio, and became a major hit single.

Ella Mai came with straight fire and helped DJ Mustard turn his record label, 10 Summers, into a force. Her success has proven his abilities as an executive, on top of being a producer. Now, she has her single, the controversial “Trip,” becoming an anthem.

Recently, Ella Mai stopped by “The Breakfast Club,” where she spoke with DJ Envy, Angela Yee, and Charlamagne Tha God. During the interview, she spoke on being discovered by DJ Mustard, and the success of “Boo’d Up,” how she will follow it up. There was also some talk about Jacquees, of course.

More in Hip Hop News
NBA Youngboy ft. Kevin Gates and Quando Rondo – “I Am Who They Say I Am” [VIDEO]
Dave East Announces 23-City “Get It How I Live” Tour