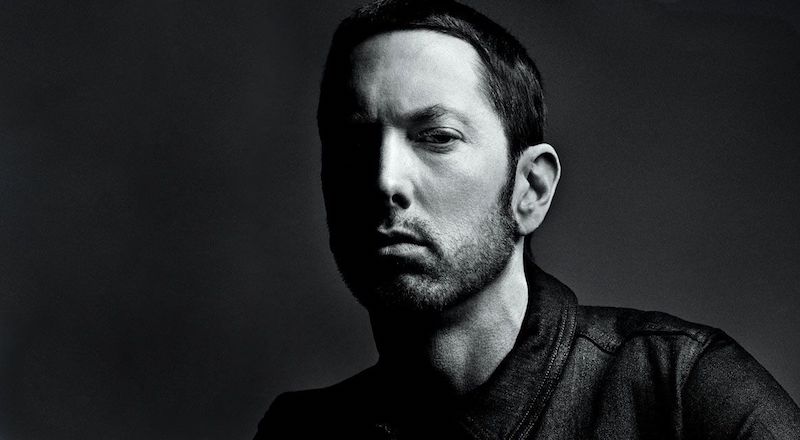 2018 was a year full of trending beef, amazing collaborations and even better music! Despite being from the pre-streaming era and digital take over, some of the hip-hop heavyweights showed out last year too. This  includes Jay-Z and wife, Beyoncé with their ‘Everything Is Love’ album, the release of Nas’ eleventh studio album, ‘Nasir’ and Eminem’s hard hitting ‘Kamikaze.’

Without any warning or proper promotional roll out, Em surprised the world with the release of his album. Even still, the “Venom” rhymer still topped 2018 by outperforming all of the highly anticipated albums of the year. According to Buzz Angle Music and their 2018 year-end report, they found that ‘Kamikaze’ was the highest selling album of the year. In 2018, Em took over with 755,027 album sales. The controversial album itself earned 373,067 sales meaning that nearly 400K of his album units come from his back catalog. His latest project did astounding numbers with a great possibility that his previous release of Revival back in December of 2017, assisted with the increased number sales.

With that being said, Eminem is still bodying the competition! His old school flow is still paying off greatly in the new digital age. Not only did he have the highest album sales, he even came in at number four for the highest streams amongst some of today’s hottest artists. Em garnered more than 2.5B on-demand audio streams throughout 2018 with Kamikaze drawing in a total of 760M streams. Now that 2018 has wrapped without any word about his new North American Tour in support of his well-done Kamikaze project, maybe in the new year we can get those dates!

More in Hip Hop News
Fans Are Concerned About Anais Said She Looked Extremely Skinny In New Photo Due To Stress; Sending Out Their Thoughts and Prayers #LHHNY [PHOTOS]
Chicago Rapper CupcakKe Has Been Found By The Chicago Police Department Following Suicidal Tweet and Is Currently Being Hospitalized [TWEETS INSIDE]