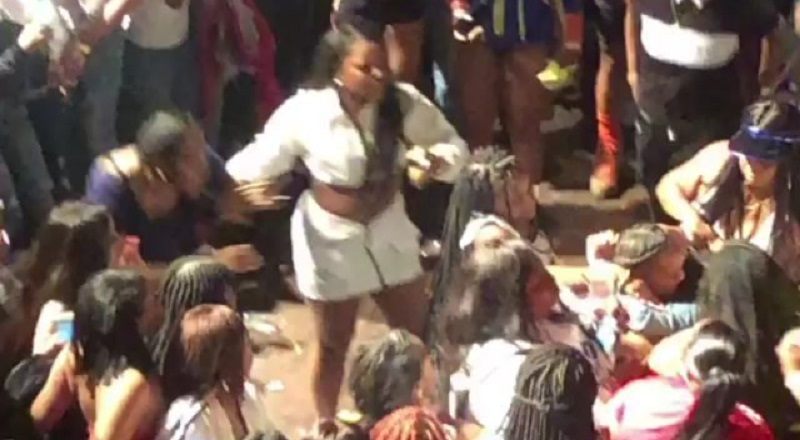 Right now, City Girls have the wave, even with JT being locked up. A lot of people say she is their favorite, but Yung Miami has really taken the game over, while JT’s been away. Currently, City Girls are dominating the radio, with “Twerk,” featuring Cardi B.

City Girls bring a different energy to the game, bringing the perspective of the ladies who are typically known as fans. This perspective has led to their music being such a success. Now, Yung Miami is doing shows all over the nation.

Last night, City Girls had a show in Virginia, where their music must have really inspired fans. While the performance was going on, some fans in the crowd put on a show. The people began downright brawling right there in the middle of the dance floor.