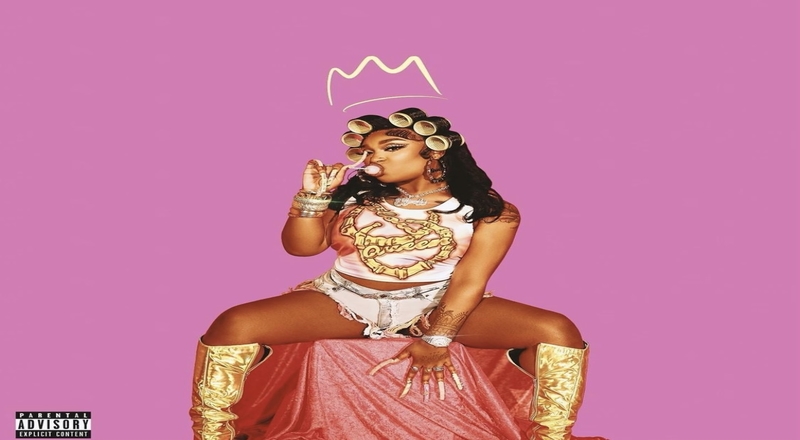 Erica Banks has been making a name for herself, as one of the biggest artists out of Texas. Hailing from Dallas, Erica saw her breakout year, in 2020. That summer, Erica put out her “Buss It” single, as she also signed with 1501 Certified Entertainment. Buss It ended up really taking off that December, as woman began posting twerk videos online, everywhere.

Now, Erica’s first project since 2020, is on the way. On Friday night, Erica took to her social media feeds to announce that her “Diary Of The Flow Queen” album, will be released on June 17.

13 songs will be included on Diary Of A Flow Queen, as various singles have already been released. These include “Pop Out,” “Designer,” “Slim Waist,” “The Best,” “Throw A Lil Mo (Do It),” and “Toot That,” featuring Beatking and Dream Doll. Erica will also be collaborating with Bankroll Freddie, on this album.

However, Erica also received backlash a few months ago, for comments she made about Nicki Minaj, on the “Big Facts” podcast. Erica didn’t like how Nicki unfollowed her. Erica also claimed that Nicki works with female rappers that don’t know how to rap. But, Erica continues to ignore the noise, and puts in the work with her own music, consistently.

Check out the full tracklist for Erica Banks’ upcoming “Diary Of A The Flow Queen” album, below.

Continue Reading
You may also like...
Related Topics:Diary Of The Flow Queen, erica banks, featured

More in Album Preview
Draymond Green gets dragged by Twitter after poor Game 4 performance #BOSvsGSW #NBAFinals
Justin Bieber says that part of his face is paralyzed, due to having Ramsay Hunt syndrome [VIDEO]