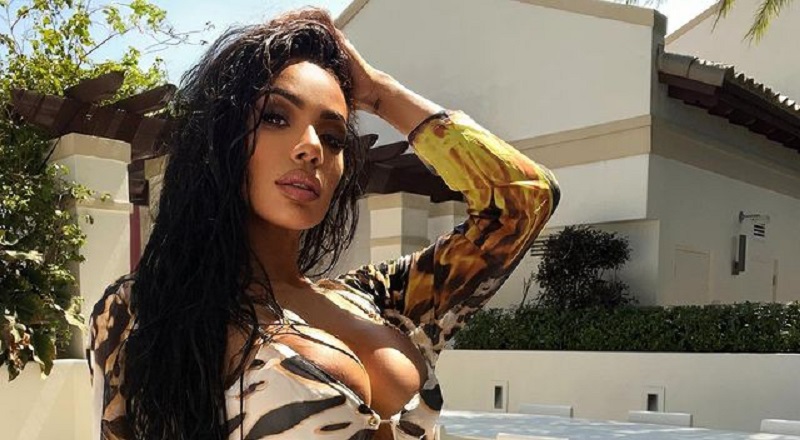 Erica Mena accuses Safaree of trash talking her to his prostitute

Erica Mena went through a lot, during her marriage to Safaree. Last year, Erica Mena appeared on “Love & Hip Hop Atlanta.” During the season, fans saw how badly Erica was being treated by Safaree. This came in spite of her giving birth to his two kids.

Erica Mena believed she found all of that in Safaree. Actually, Erica and Safaree had an impressive love story. Unfortunately, Erica Mena and Safaree saw their relationship implode not long after the two got married. After Erica gave birth to their daughter, Safaree became less active in the marriage. As a result, Erica decided to leave Safaree. During this period, Safaree fought to win her back. In the end, Erica decided to move on. This afternoon, Erica took to Twitter, blasting Safaree. Not only did Erica accuse Safaree of having a prostitute, she said he was bad mouthing her to the woman.

Erica Mena accuses Safaree of trash talking her to his prostitute

More in Hip Hop News
Delonte West says he’s in between jobs, after recently being seen panhandling in Virginia, hopes to get into coaching in the NBA [VIDEO]
Drake’s “Sticky” and “Massive” to be first singles from new “Honestly, Nevermind” album