Home » Hip Hop News » Erica Mena finally shares her new love for the world to see; Posts pic of her sitting on the lap of Cliff Dixon, her new boyfriend #ScaredFamous [PHOTO] 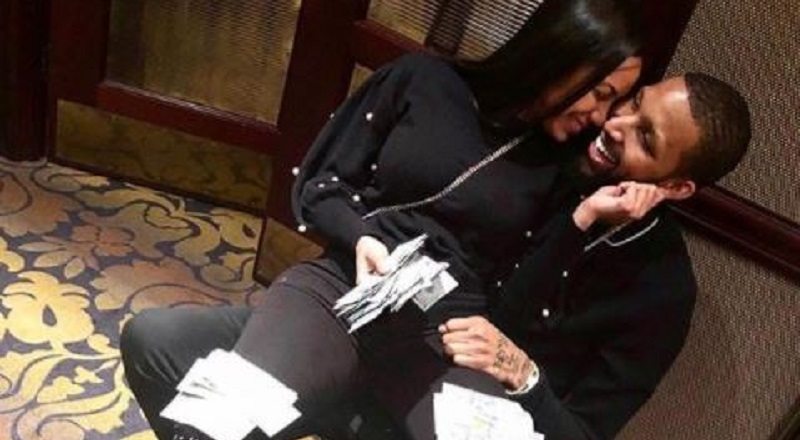 Currently, Erica Mena is putting herself back in the spotlight. There are rumors that she is a part of “Love & Hip Hop Atlanta,” for the upcoming season. The past few months saw her on “Scared Famous,” where she was pursued by Safaree, but she turned him down.

Erica told Safaree she was “too much woman” for him, but this wasn’t the case for a lucky other man. A man named Cliff Dixon, who is the rumored ex of India Love, was just right for Erica. The two have been dating, for at least a month, showing up on the other’s social media.

While Cliff Dixon has regularly been posting pics of Erica on his social media, Erica wasn’t doing as much. This afternoon, all of this changed, as Erica Mena shared her love with the world. The first pic she shared was her, laughing, sitting in Cliff’s lap.

More in Hip Hop News
6ix9ine says he was only trolling, with the jewelry, and knew his chain was fake + Says “if you didn’t realize it was a skit, you’re a full clown” [PHOTO]
Cardi B speaks on Offset cheating on her again: “What you want me to do? F*ck another n*gga and get cheated on again? This sh*t happens to everyone