Home » Hip Hop News » Erica Mena is a singer? #LHHATL fans are not here for her singing any more than #LHHNY was, and they dismiss her, on that note 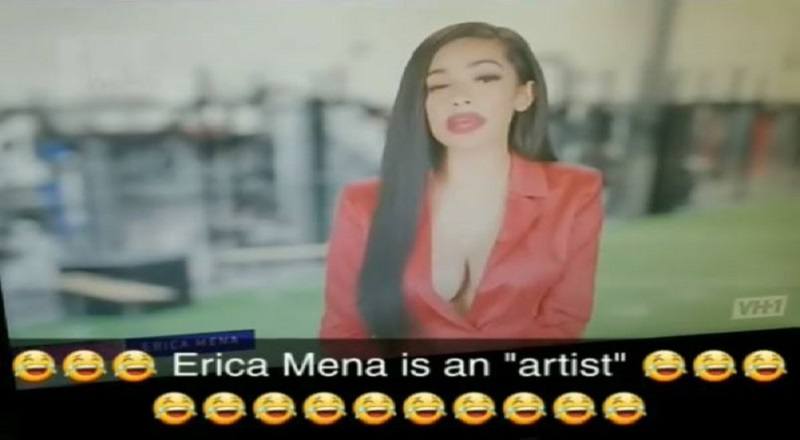 Since 2011, Erica Mena has been a “Love & Hip Hop” fixture. Following the 2015 season, she left the show, and went back to her social media campaigns, and her various businesses. The rumors ended up being true and 2018 saw Erica join “Love & Hip Hop Atlanta.”

On the show, Erica has been determined to get with Tommie, who doesn’t want to go there. Meanwhile, Erica is friends with Jazze Pha, and working to get her music going. She has also met with Stevie J, despite the whole Estelita situation.

Erica Mena was with Jazze Pha in tonight’s episode and they were practicing her vocals. Just as they were, a few years ago, Twitter was going in on Erica Mena’s singing. The fans simply said Erica Mena is not a singer, and she should continue working on her other projects.

Read the tweets about Erica Mena below:

More in Hip Hop News
Jessica Dime has gone from being a stripper to being a housewife and expecting mother; #LHHATL fans give Dime props, on Twitter, for her growth and glo-up, with her being pregnant, she deserves it!
Hip-HopVibe.com partners with “I Feel Pretty” movie for ticket giveaway in select cities #IFeelPretty